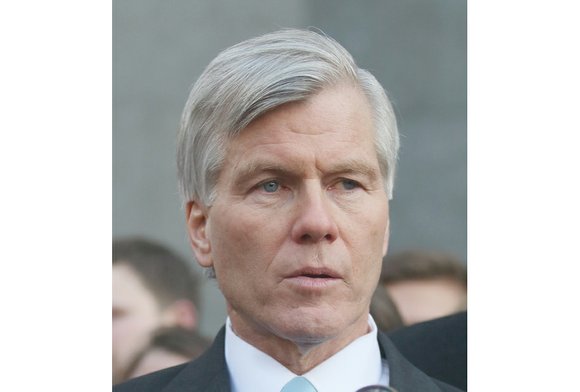 Bob McDonnell once again has had his date with a federal prison cell postponed.

This time, the former Virginia governor got help from the U.S. Supreme Court.

On Monday, the nation’s highest court issued an order allowing Mr. McDonnell to remain free on bond while the nine justices consider whether to hear an appeal of his conviction on 11 counts of corruption.

At least four justices would have to vote to hear his case when it comes up for consideration when the court reconvenes in October, legal experts have noted.

Mr. McDonnell maintains that he is the victim of government overreach and did nothing that legally constituted corruption while governor.

He and his wife, former First Lady Maureen McDonnell, were convicted of accepting $177,000 in largely undisclosed gifts and loans from a businessman soliciting state support for his company’s dietary supplement.

Mr. McDonnell’s arguments to overturn his convictions have been rejected by the Richmond-based 4th U.S. Circuit Court of Appeals.

Mrs. McDonnell is still waiting for the appellate court to consider her appeal that she was a private citizen, not an elected official, and, thus, could not be convicted of violating the public trust.