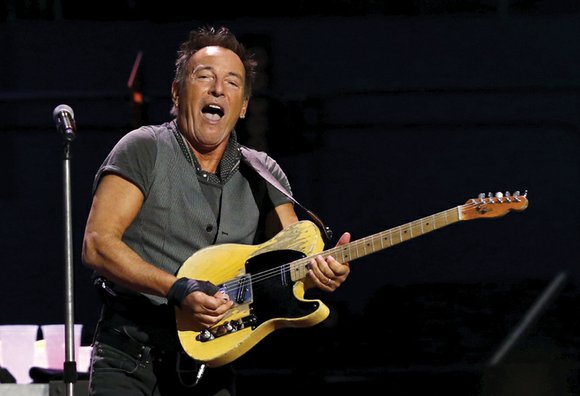 Rock star Bruce Springsteen canceled his April 10 concert at the Greensboro, N.C., Coliseum, the latest in a line of protests over a new state law restricting public bathroom use by transgender people based on birth certificate gender identity. More than 15,000 ticketholders will receive refunds.

The governor’s order expands protections against discrimination for state employees to include sexual orientation and gender identity. Gov. McCrory also asked lawmakers to restore the right to sue in state court for discrimination, an option taken away by the measure passed last month.

But Gov. McCrory said his order maintained the “common sense” provision barring transgender people from using bathrooms or locker rooms in schools and other public facilities that do not match the sex listed on their birth certificate.

“I have come to the conclusion that there is a great deal of misinformation, misinterpretation, confusion, a lot of passion and frankly, selective outrage and hypocrisy, especially against the great state of North Carolina,” Gov. McCrory said in a statement. “Based upon this feedback, I am taking action to affirm and improve the state’s commitment to privacy and equality.”

The law’s opponents said the governor did not go far enough to correct the damage done to lesbian, gay, bisexual and transgender citizens.

“Gov. McCrory’s actions today are a poor effort to save face after his sweeping attacks on the LGBT community,” said Sarah Preston, acting executive director of the ACLU of North Carolina.

The law, one of a number of measures pitting equality rights against religious freedoms in state legislatures across the United States, has faced widespread criticism from corporate, entertainment and sports leaders.

Earlier on Tuesday, Deutsche Bank announced it was freezing plans to create 250 jobs at its software application development center in Cary, N.C., as a result of the measure.

Last week, PayPal Holdings canceled plans to open a global operations center in Charlotte and invest $3.6 million in the area. And rock star Bruce Springsteen canceled a concert in the state to protest the law.

Documentary filmmaker Michael Moore said on Twitter on Tuesday he had asked his distributor to no longer book his latest movie in North Carolina theaters.

State House of Representatives Majority Leader Mike Hager, a Republican, said the fallout was no cause for concern.

“We’re not going to change our policies because of that,” he said in a phone interview. “There will be other folks that will take their place.”