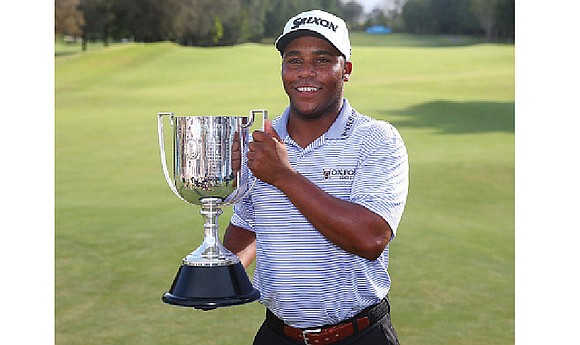 Now 26, the Ohio native who was raised in Gastonia, N.C., fired nine birdies in a closing 65 on Sunday to finish at 19 under for the four-day tournament, two clear of the runner-up, Australian Andrew Dodt.

Varner, who turned pro in 2012, nearly won the same tournament last year, but lost the playoff. He earlier had four top 10 finishes on the PGA tour during the past year.

Varner played golf at East Carolina University. He is the first American to win the Australian PGA title since Hale Irwin in 1978 at Royal Melbourne, and the first non-Australian to claim the title since 1999. “Winning is just … different,” he said. “Three years, I haven’t won, so this is special.”