VCU to take on ODU Saturday in Norfolk 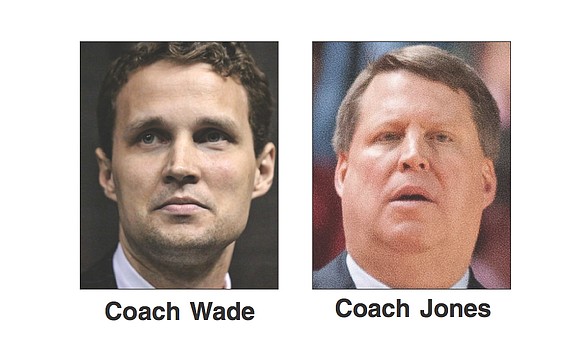 Football has come between Virginia Commonwealth University and Old Dominion University, except for one night a year.

In one of the state’s oldest basketball rivalries dating to 1948, the VCU Rams will travel by bus to Norfolk on Saturday, Dec. 10, to meet the ODU Monarchs at the Ted Constant Convocation Center.

Tipoff is 8 p.m., with the game broadcast on the American Sports Network.

VCU is 6-2 following its 64-46 loss to the University of Illinois last Saturday in Miami. The Rams’ top scorer, JeQuan Lewis, suffered an ankle injury during the game, but is expected to play in Norfolk.

ODU is led in scoring and rebounding by Brandan Stith, son of ODU assistant coach and former NBA player Bryant Stith. The team is 5-2 after a 60-58 win last Saturday at Towson University.

The schools have much in common, except VCU does not sponsor football and ODU plays football on the highest level — in the Football Bowl Subdivision (FBS).

After many decades, ODU revived football in 2009 and plays all sports in Conference USA. The Monarchs will make their first bowl appearance on Dec. 23 against Eastern Michigan in the Popeyes Bahamas Bowl in Nassau.

VCU’s headlines, like reaching the NCAA Final Four in 2011, mostly come from basketball. The Rams compete athletically in the Atlantic-10 Conference that does not feature football.

Because VCU doesn’t play football and ODU does, the schools snapped long-standing conference ties. Previously, both were in the Sun Belt Conference and the Colonial Athletic Association and met twice a year.

Now they meet just once per season, alternating cities.

To say the VCU-ODU hoops rivalry began in 1948 is counting games when VCU was the Richmond Professional Institute. RPI and the Medical College of Virginia merged in 1968, creating VCU. But the school’s mascot was called the Rams as far back as 1963, and the VCU Rams first played in the same Franklin Street Gymnasium as the RPI Rams.

Aside from pigskin passion, VCU and ODU are similar in many ways.

Consider: Both originally were divisions of the College of William & Mary. Each sprawling state-supported school is an urban research center. VCU has 24,051 undergraduates; ODU, 19,612. Both had previous nicknames – the RPI Green Devils and the ODU Braves.

Each school produced an NBA champion in the 1970s. Dave Twardzik of the ODU Class of 1972 helped the Portland Trail Blazers win the 1977 NBA title. Gerald Henderson of the VCU Class of 1978 was on three NBA championship teams — the Boston Celtics in 1978, the Seattle SuperSonics in 1984 and the Detroit Pistons in 1990.

Each school has relatively new on-campus courts — VCU’s Siegel Center in 2000; ODU’s Constant Center in 2002. Before that, both teams used municipal facilities. VCU used the Richmond Coliseum, while ODU played at the Norfolk Scope.

Each was ahead of the curve racially. Among the current state Division I schools, not counting HBCUs, ODU was the first team to sign an African-American player, Buttons Speakes in the 1965-66 season. VCU came next when Charles McLeod joined the Rams in 1966-67. Both schools now have large African-American enrollments.

Since the formation of VCU in 1968, the Rams hold a 48-43 hard-court edge over the Monarchs, including a victory at the Siegel Center last winter. ODU won the year before at the Constant Center.

However, the Norfolk school dominated 31-8 prior to the RPI-MCV merger.

VCU and ODU now play basketball just once a year. The matchup is always before packed, enthusiastic crowds, with postseason ramifications at stake.

Football or no football, old-timers still get fired up when the Rams and Monarchs put it on the floor.