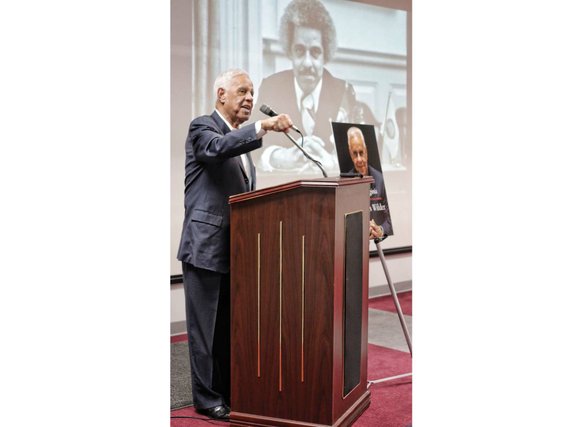 When a Free Press reporter asked him to assess Mrs. Clinton’s skintight victory over Democratic rival U.S. Sen. Bernie Sanders in Monday’s Iowa caucuses, he said, “I was shocked that it was that close.”

“I think everyone will see now that the only way Hillary Clinton will get the nomination is with a massive African-American vote,” he added. “Without that, it’s gone.”

The former U.S. secretary of state edged out Sen. Sanders by less than a percentage point in the first leg of the presidential nominating process. Voters are shifting their focus to the potential outcome of the next contest — the New Hampshire primary that takes place Tuesday, Feb. 9.

In 2008 and 2012, President Obama’s presidential victories were fueled largely by huge turnouts from African-American voters, where he earned well in excess of 90 percent of the black vote, including in Virginia.

Political pundits also have forecast Mrs. Clinton will need substantial support from the African-American community if she is to prevail in the primary process or be successful in November’s general election against an as-yet undetermined Republican contender.

Riding the wave of popularity and national publicity his election as governor brought in November 1989, Mr. Wilder announced midway through his four-year term that he was seeking the Democratic nomination for president. His candidacy lasted just under four months, from Sept. 13, 1991, to Jan. 8, 1992, when he announced he didn’t have time to seek the nation’s highest office and effectively run the state.

At the book signing, Mr. Wilder said that he is not ready to endorse a candidate for president at this point.

Minutes later, the governor broached the subject of the African-American vote again in his address to about 100 people in the L. Douglas Wilder Library & Learning Resource Center, where he also autographed copies of his new autobiography, “Son of Virginia: A Life in America’s Political Arena.”

When people talk about a candidate’s possibility of being elected president, “you hear, and I hear someone always saying, ‘We’ve just to have the young people’s vote for this to happen. We’ve just to get that millennial vote. We’ve just got to get the women’s vote. Don’t forget the Hispanic vote. We’ve got to have it.’

“Now I want you to raise your hands. How many of you have heard anyone publicly proclaim, ‘We have got to have the African-American vote?’

“And you won’t hear it,” he said. “People say, ‘Well, you know, they take us for granted.’ Well, what do you do about it? When you stand up, you’re not a team player.”

Mr. Wilder told the young people in the audience that it was important for them to attain the best education they can.