Concealed weapons permits from 25 states not valid in Va. 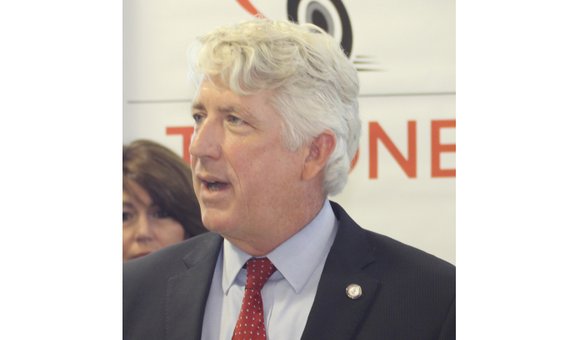 Attorney General Mark Herring, a Democrat, said the state will revoke its reciprocity agreement with the states because their concealed weapon laws don’t meet Virginia’s standards. Those states hand out permits to fugitives, convicted stalkers and drug dealers, which undermines Virginia’s law and puts residents at risk, he said.

“Evenly, consistently and fairly enforcing Virginia’s concealed handgun permit law, as we are now doing, means that it will be more difficult for potentially dangerous individuals to conceal their handguns here in Virginia and that will make Virginians safer, especially Virginian law enforcement,” Attorney General Herring said.

The move also means that Virginians will no longer be able to use their concealed handgun permits in six states that require a mutual reciprocity agreement: Florida, Louisiana, North Dakota, Pennsylvania, South Carolina and Wyoming.

Two weeks ago, the president of Liberty University in Lynchburg urged students to obtain permits to carry concealed weapons during an announcement that the private, Christian institution would remove a rule banning students from bringing firearms into residence halls.

Liberty President Jerry Falwell Jr. called it a safety measure, saying that if more people carry concealed weapons at Liberty University, it would help deter attacks such as the recent mass shooting in San Bernardino, Calif., in which 14 people were killed.

Gun advocates have questioned whether Attorney General Herring’s action was a response to curb pistol-packing at Liberty and elsewhere. Under Virginia law, residents may obtain a concealedcarry permit if they are 21 or older. About 950 people at Liberty University now have concealed carry permits, Mr. Falwell said. Since his announcement in early December, hundreds more have signed up for a training course to get a permit, he said.

How many of those permits were granted by other states is unknown.

States are being notified about the change in Virginia, which goes into effect Feb. 1, Attorney General Herring said.

The top Republican in the GOP-controlled House of Delegates said Attorney General Herring is “damaging the integrity of the office he holds.”

“Despite promising to take politics out of the Attorney General’s Office, Mark Herring consistently seeks to interpret and apply the law of the Commonwealth through the lens of his own personal political opinions,” House Speaker William Howell said.

The only states that have tough enough laws to maintain their reciprocity agreement with Virginia are Michigan, Oklahoma, Texas, Utah and West Virginia, Attorney General Herring said.