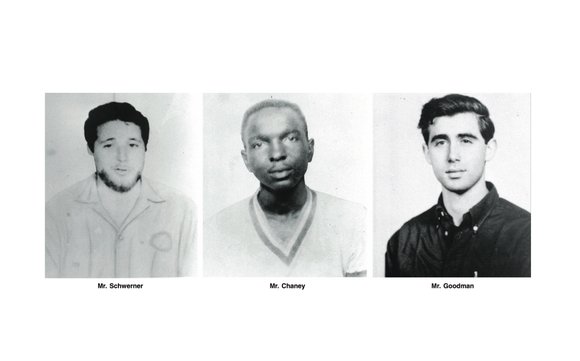 One day short of the 52nd anniversary of the disappearance of three civil rights workers’ during Mississippi’s “Freedom Summer,” state and federal prosecutors said that the investigation into the slayings is over.

“The evidence has been degraded by memory over time, and so there are no individuals that are living now that we can make a case on at this point,” Mr. Hood said.

He said, however, that if new information comes forward because of the announcement that the case is closed, prosecutors could reconsider and pursue a case.

Following the announcement, their relatives said the focus should not be only on the three men, but on all the people killed or hurt while seeking justice.

“The civil rights period was not about just those three young men,” said the Rev. Julia Chaney Moss, Mr. Chaney’s sister and a New Jersey resident. “It was about all of the lives.”

The famous case is one of more than 125 unsolved cases from the civil rights era that the FBI re-examined after launching its “Cold Case Initiative” in 2006. Congress set aside millions of dollars in 2007 through the Emmett Till Unsolved Civil Rights Crime Act for such investigations. But most of those cases haven’t resulted in prosecution.

The 1964 slaying of the African-American owner of a shoe shop in Ferriday, La., has resulted in no prosecutions despite news articles linking a man from Rayville, La., to the crime. The Justice Department in 2011 closed an inquiry into the 1965 killing of a Pelahatchie, Miss., man who was shot by a constable, despite witnesses who question the officer’s version of events.

“While legal and factual impediments sometimes prevent us from bringing cases we wish that we could, the Civil Rights Division remains dedicated to pursuing racially motivated crimes wherever the facts allow,” Vanita Gupta, head of the Justice Department’s Civil Rights Division, said in a statement.

Rita Bender, Mr. Schwerner’s widow, said she hopes the decision will spark further reflection in Mississippi about the state’s legacy of prejudice. She said she believes state leaders haven’t learned the lesson of the slayings because Mississippi is still flying a state flag with the Confederate battle emblem. Legislators recently passed a bill that Ms. Bender says enables discrimination against gay people, and she said the state does a poor job in providing services to African-American citizens.

“As a nation, we have to come to terms with our racist past and our continuing inability to move past it,” said Ms. Bender, a lawyer in Seattle.

Mr. Chaney, Mr. Goodman and Mr. Schwerner had worked to register African-American voters. They disappeared June 21, 1964, while investigating the burning of an African-American church. Their bodies were found weeks later in an earthen dam.