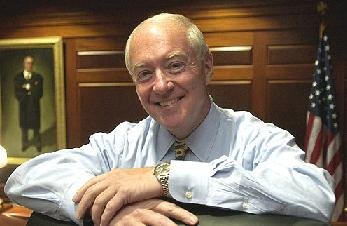 A federal judge has upheld a 2013 Virginia law requiring prospective voters to show approved photo identification before being allowed to cast ballots.

The Virginia Democratic Party had challenged the law, signed by former Republican Gov. Bob McDonnell, saying it was politically motivated and intended to deter young and minority voters from turning out on Election Day.

“The court’s mission is to judge not the wisdom of the Virginia voter ID law, but rather its constitutionality,” U.S. District Court Judge Henry Hudson wrote in his decision issued May 19.

Although Judge Hudson acknowledged that Virginia, a former slave state, has “an unfortunate history of racial and statutory artifice to hinder black voting,” and found that the measure created an “inconvenience” for potential voters who did not have drivers’ licenses or other government-issued ID, he said that was not enough to strike down the law.

“While the merits of this voter identification law, and indeed all aspects of Virginia’s voting regime, can be reasonably debated, it remains true that Virginia has created a scheme of laws to accommodate all people in their right to vote,” Judge Hudson wrote.

That includes providing free IDs for potential voters at the local offices of voter registrars, he noted.

Lawyers for the government argued that the ID was necessary to ensure that only registered voters cast ballots, thus preventing voter fraud.

The ID law, though, has not appeared to have had much of an impact so far.

In 2008, President Obama became the first Democrat to carry Virginia in 44 years, in part because of the large turnout among African-American, Latino and young voters. President Obama carried the state again in the 2012 election.

In the 2013 statewide elections, Democrats swept all of the top offices — governor, lieutenant governor and attorney general. Moreover, the state’s two U.S. senators currently are both Democrats.

The ruling comes a month after another federal judge upheld an even stricter ID law in neighboring North Carolina.

A federal court last week ordered Kansas to register thousands of eligible voters who had failed to provide additional documentation of citizenship. Virginia’s law does not include such a provision.