No $ to fix schools 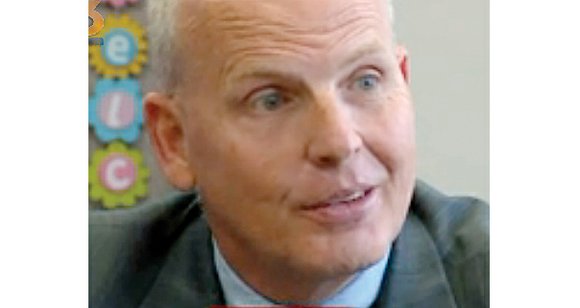 “I don’t know whether we’ll be able to keep the buildings open.”

The same rundown buildings that many Richmond students attend are likely to be the same buildings where a new crop of students will be attending class 10 years from now.

Unless Richmond eliminates other planned projects to focus on schools, finds a new source of revenue or raises taxes significantly, the City of Richmond would not be able to afford to renovate or replace those buildings.

That’s the grim conclusion of a new study from David Rose of Davenport & Co., the city’s financial adviser.

“I don’t know whether we’ll be able to keep the buildings open,” Mr. Kranz said, worried about failing air conditioning and heating systems, leaking roofs and a host of other problems he might not be able to afford to deal with.

Richmond City Council shifted an additional $19 million to schools this year, but virtually all of it had to be spent to lease or buy trailers for added classroom space at overcrowded schools on South Side, he said.

Little was left to make improvements to other school buildings.

During the five-year period between 2017 and 2021, the city plans to borrow $318 million to spend on approved projects for parks, streets, roads, city buildings and a host of other needs.

However, just $14 million would be devoted to general school maintenance during that period. That’s slightly less than $3 million year to deal with the multitude of problems that afflict the school system’s 40 aging buildings. Mayor Dwight C. Jones averaged $3 million a year for school maintenance during his eight-year tenure, separate and apart from the $19 million spent to ensure schools meet Americans with Disabilities Act requirements and the $196 million spent on four new schools.

The $14 million is definitely far less than $94 million the Richmond School Board requested for the five-year period, which also was well short of the $169.8 million the board’s own reports show actually would be needed.

Mayor Jones commissioned the Davenport study in hopes of creating a multi-year plan to fund school needs before he leaves office. The study is now in the hands of City Council.

According to the study, the $318 approved for all city projects, and likely to be borrowed, essentially will max out the city’s credit card through 2021 under its current borrowing policy, which limits total debt to 10 percent of the combined operating and school budgets.

Taking on that debt alone would require the city to shift $18 million a year to debt service by 2022 to cover the cost of repaying principle and interest.

The city could loosen its conservative policy to take on more debt — potentially an additional $200 million, the study noted.

The problem is the cost. According to the study, Richmond’s revenue is projected to grow slowly in the next few years, rising about $10 million to $12 million a year or about 1.4 percent.