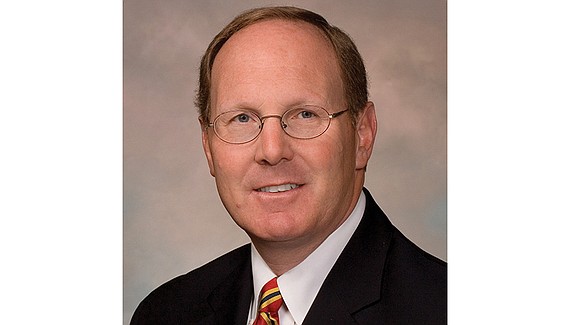 The likelihood that City Hall will rush to build new school buildings under a plan the Richmond School Board is advancing appeared to dim at an Education Compact meeting Monday with Mayor Levar M. Stoney and Richmond City Council.

Under the plan approved last week without a public hearing, a split School Board is calling on the city to provide $224.8 million over the next five years to replace George Wythe High, Elkhardt-Thompson Middle and Greene, George Mason and Woodville elementary schools. In addition, the plan calls for renovations at J.L. Francis Elementary and the start of renovations at Fairfield Elementary.

It represents the first phase of the board’s 20-year plan to spend a projected $800 million to replace or renovate 39 buildings.

The issue is a top priority for city residents, who overwhelmingly approved on Nov. 7 a referendum to improve Richmond’s dilapidated schools.

One big challenge that was evident at the meeting: Finding the money, still a highly uncertain matter despite widespread agreement from all the Education Compact members that school modernization needs to be dealt with.

“We’ve had plans again and again, and nothing’s happened,” she said. “Unless we start to focus our conversation on funding, nothing will happen.”

And funding did come up.

During the next five years, Richmond would be able to borrow $294 million, the city’s financial adviser noted in providing a financial overview.

But City Council already has approved borrowing $227.8 million for a host of other projects, ranging from new sidewalks to a new communications system, according to the adviser, David Rose of Davenport & Co.

The bottom line: Unless City Council scraps that approved borrowing, or finds a way to generate new revenues such as raising taxes, the city would have only $66 million in new borrowing capacity from 2019 to 2023, he told the assembled elected officials at the Richmond Police Training Academy.

The $66 million would be at least $158 million short of what the School Board has requested. If the $66 million is devoted entirely to schools, the council would be precluded from using it for other projects.

Mr. Rose noted that Richmond also will be moving closer to hitting its self-imposed ceiling on the amount of tax dollars used to repay debt. Repayment of debt already accounts for about 9 percent of the city’s general fund, with about $65.2 million to be spent in the current 2017-18 fiscal year, Davenport’s data show.

Based on current debt and the $227.8 million in new debt that council has authorized, the city would need to spend an additional $9 million to $19.6 million on debt, peaking at $84.85 million in 2023 before slowly declining, according to Davenport data.

That extra money for debt service could sop up a major chunk of the $30 million to $40 million or so in additional revenue that Richmond projects earning in each of the next five years from taxes and other sources, the data indicates.