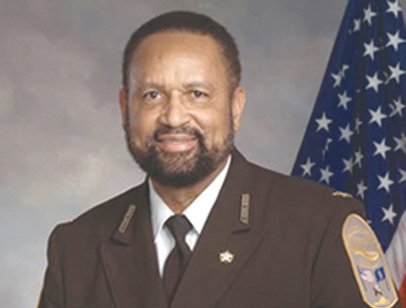 Richmond Sheriff C.T. Woody Jr. has been hit with a federal lawsuit for firing a deputy who became disabled by a heart condition.

U.S. Attorney Dana J. Boente filed the lawsuit Wednesday alleging that Sheriff Woody violated Title I of the Americans with Disabilities Act by firing the deputy rather than assigning her to a vacant position for which she was qualified.

Maj. Jerry Baldwin, spokesman for the Richmond Sheriff’s Office, said the sheriff had not yet been served with the suit and is reserving comment until that happens.

According to a statement from Mr. Boente, who did not identify the woman, “the employee who had worked as a deputy for approximately 10 years asked to be reassigned to an available civilian position after a heart condition rendered her unable to continue as a deputy.”

Under the ADA, an employer must provide reasonable accommodations for a disabled employee, including reassignment, “where such an accommodation does not pose an undue hardship to the employer,” Mr. Boente stated.

“Employment is a vital part of life for all individuals, and the ADA ensures that qualified individuals who develop disabilities are able to stay employed,” Mr. Boente stated.

The suit requests that the former deputy be awarded the position she had requested, receive back pay since her dismissal and be awarded compensatory damages.

Mr. Boente has assigned assistant U.S. Attorney Margaret Harker to the case with support from the U.S. Justice Department and its Disability Rights Section, which took the original complaint.

“We want to ensure that when employees develop disabilities that interfere with their job,” Ms. Gupta continued, “employers reassign them to a different vacant position that matches their qualifications.” — JEREMY M. LAZARUS