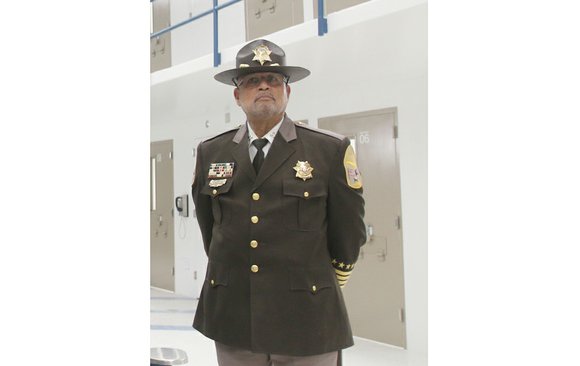 Richmond Sheriff C.T. Woody Jr. plans to vigorously defend his office against a federal lawsuit accusing him of violating the Americans with Disabilities Act by failing to find a civilian position for a deputy suffering from a disabling heart condition.

Tony Pham, the in-house lawyer for the Sheriff’s Office, stated that the sheriff followed the law and “vehemently denies that the former employee was discriminated against under the ADA” as the U.S. Justice Department alleged in its suit filed March 3 in federal district court in Richmond.

The case involves former Deputy Emily Hall, whom the sheriff dismissed after 10 years because she could no longer perform her duties.

The U.S. Justice Department claims in the suit that the ADA requires employers to make reasonable accommodations for disabled workers and Ms. Hall should have been reassigned to a vacant civilian position.

As a deputy, Ms. Hall took inmates to and from court and provided security for judges, requiring her to have direct contact with prisoners and to be prepared to “restrain inmates,” according to the suit.

She sought reassignment to “light duty” that did not have the potential of “direct contact” with inmates after undergoing surgery in 2012 to recieve a cardiac defibrillator and a pacemaker, the suit states.

However, according to Mr. Pham’s statement, issued a day after the suit was filed, Sheriff Woody was only required to allow Ms. Hall to compete for a vacant position. He did so when a payroll technician slot came open, but the job “was completely different from (the deputy position) she was originally employed in.”

“Unfortunately, Ms. Hall was not the most qualified” among the four people who sought the position and did not get the job, Mr. Pham stated, leading to her dismissal in May 2013.

The Justice Department claims in the suit that Ms. Hall possessed the educational and work experience to do the payroll job and should have had priority because of her disabling condition.

The position required “specialized training,” Mr. Pham stated, which Ms. Hall apparently had less of than the winning candidate.

“The Sheriff’s Office is tremendously sympathetic to Ms. Hall,” but rejects the claim that it was duty-bound under the ADA to reassign her to another position for which others were better suited, Mr. Pham stated.

No date has yet been set for trial.