The U.S. Supreme Court and the elephant in the room 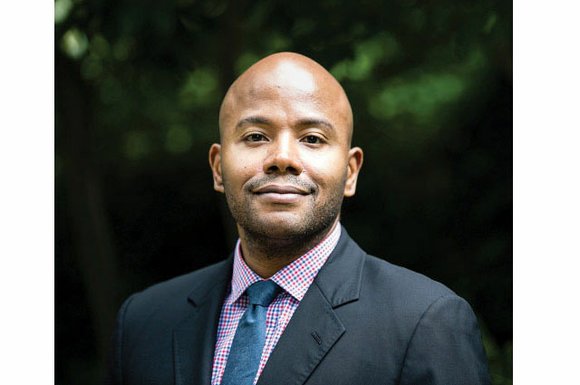 Race remains the unspoken elephant in the room amid the growing controversy over who should replace Justice Antonin Scalia on the U.S. Supreme Court.

For many African-Americans, the lasting image of Justice Scalia will likely remain his recent harsh words about affirmative action. He suggested that black students performed better at less competitive schools.

Justice Scalia’s pungent, textual interpretation of the Constitution gained him few friends among black Americans, who have historically sought to re-imagine, optimistically, the framer’s original intent — a version of democracy that included sharecroppers alongside plantation owners, the landless beside the gentry.

Justice Scalia’s death casts a strobe light on the crisis of race and democracy in America today. Pervasive racial and economic injustice has made the past two years echo the turbulence and activism associated with the civil rights era of the late 1950s and early 1960s.

But just as the civil rights victories in the 1960s led to a major political realignment — with millions of outraged Dixiecrats voting for George Wallace in 1968, Richard M. Nixon in 1972 and then strongly backing Ronald Reagan in 1980 and 1984 — President Obama winning the White House and the perceived advancements by black people could spur another political realignment built on race.

Donald Trump’s meteoric rise as a Republican presidential candidate feeds on a toxic combination of economic anxiety and racial intolerance that portions of the white working class have embraced with a passion. These supporters echo the ugly nativism of the early 20th century. White people shut out of the economic recovery by neo-liberal monetary, trade and public policies have chosen to scapegoat President Obama’s presence in the White House as the locus of their ills, rather than the class of billionaire oligarchs that Mr. Trump exemplifies.

Black America, disproportionately struggling with serious economic and social problems related to all these issues, has a vested interest in the outcomes of many of these decisions. African-Americans, for example, face continuing serious health problems from the lead that leeched into the Flint, Mich., water system. State government and elected officials repeatedly ignored many of their early complaints about the city’s new water supply. These citizens of color were not the voters that the state government cared about.

Meanwhile, the 2013 Supreme Court Shelby v. Holder decision, which gutted the 1965 Voting Rights Act, has helped usher in a more restrictive and racially biased standard for poll access that may affect the 2016 presidential election. With this ruling, the court may have provided an unfair advantage to the Republican Party because it made going to the polls more difficult for African-Americans, the poor and people of color — all crucial components of the new Democratic majority.

One way that President Obama could influence the presidential election’s outcome would be to nominate a black woman as Justice Scalia’s replacement. It is long past due that a black woman serves on the nation’s highest court.

One obvious choice is Loretta Lynch, the first black woman to serve as U.S. attorney general. Though her confirmation hearing was long delayed by the Senate, Ms. Lynch was eventually approved, 56 to 43.

Much has been made about the symbolic power of placing Rosa Parks or Harriet Tubman on the $10 bill. But appointing Ms. Lynch to the Supreme Court would be a more substantive sign of racial and gender progress in the 21st century.

If President Obama has the courage to nominate Ms. Lynch for the high court, we may witness the kind of watershed social progress and commitment to racial justice that the late justice sadly spent so much of his career opposing.