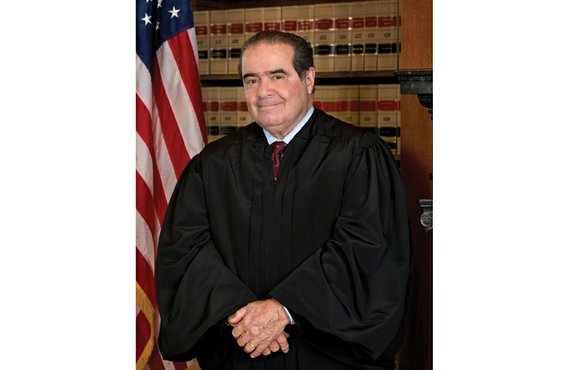 Conservative U.S. Supreme Court Justice Antonin Scalia has died, setting up a major political showdown between President Obama and the Republican-controlled Senate over who will replace him just months before a presidential election.

President Obama called Justice Scalia, who served on the nation’s highest court for nearly 30 years, a “larger-than-life presence” and said he intended to nominate someone to fill the vacant seat before leaving the White House next January.

“I plan to fulfill my constitutional responsibility to appoint a successor in due time and there will be plenty of time for me to do so and for the Senate to give that person a fair hearing and timely vote,” President Obama told reporters.

Justice Scalia, 79, was found dead last Saturday at the Cibolo Creek Ranch resort in West Texas. He died of natural causes, according to Presidio County Judge Cinderela Guevara, who went to the ranch and saw the body.

Chief Justice John Roberts described his former colleague, who was known for his strident conservative views and theatrical flair in the courtroom, as an “extraordinary individual and jurist.”

President Obama ordered flags at the White House and all federal buildings to be flown at half-staff.

Justice Scalia’s chair in the court’s ornate chamber was draped with black wool crepe in accordance with court tradition following a justice’s death.

The court said his body will lie in repose at the Supreme Court building Friday, Feb. 19, before his funeral Mass at the Basilica of the National Shrine of the Immaculate Conception in Washington on Saturday, Feb. 20.

A number of leading Republicans, including Senate Majority Leader Mitch McConnell and Senate Judiciary Committee Chairman Chuck Grassley, immediately said they would oppose any attempt by President Obama to nominate a new justice.

The political battle lines sharpened later at the Republican presidential debate Saturday night in South Carolina, where front- runner Donald Trump and several of his rivals said it should be up to President Obama’s successor to replace Justice Scalia.

President Obama said at a news conference Tuesday that he intends to pick an indisputably qualified nominee for the Supreme Court and chided Senate Republicans for threatening to block him from filling the pivotal vacancy.

He told senators he has a constitutional duty to nominate a new justice. He also reminded them of their constitutional obligation to “do their job” and vote to approve or reject his nominee.

“The Constitution is pretty clear about what is supposed to happen now,” President Obama, a former constitutional law professor, said at the close of a two-day meeting with leaders from Southeast Asia.

President Obama could tilt the balance of the nation’s highest court, which now consists of four conservatives and four liberals, if he is successful in pushing his nominee through the confirmation process.

Meanwhile, ultraconservative talk show host Michael Savage, other right-wing pundits and some conspiracy theorists wondered if there might be something sinister behind Justice Scalia’s death after ranch owner John Poindexter said he was found dead with a pillow over his head. Judge Guevara decided no autopsy was needed after federal investigators found no evidence of foul play and Justice Scalia’s doctor confirmed his history of heart trouble and high blood pressure.

Justice Scalia, who grew up in New Jersey and graduated from Harvard Law School, was a leader of the “originalist” ideology that looks at the U.S. Constitution through the lens of its framers’ 18th century intentions.

He was the first Italian-American on the court and a devout Roman Catholic who had nine children.

His replacement would be President Obama’s third appointment to the nine-justice court, which is set to decide its first major abortion case in nearly 10 years, as well as key cases on voting rights, affirmative action and immigration.

Waiting for the next president to make a nomination would leave Justice Scalia’s seat empty for at least 11 months, an un- precedented gap in recent decades. It also leaves up in the air the fate of former Virginia Gov. Bob McDonnell, whose appeal of his conviction and sentence to two years in prison on corruption charges was to be taken up by the high court. He has remained free during the appeals process.