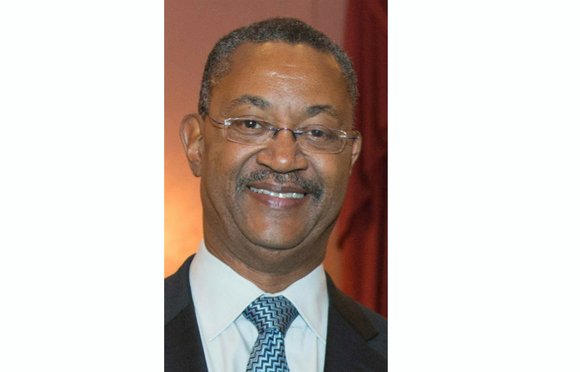 Throngs of visitors are expected to view exhibits chronicling the enslavement and emancipation of hundreds of thousands of Africans and African-Americans in the United States when the Smithsonian National Museum of African American History and Culture opens this fall on the National Mall in Washington.

And they will see displays about President Obama’s historic election and leadership as the nation’s first African-American president.

“This will be the first time we’ve had the opportunity at the national level to try to look at the full scope of our history from Africa to the present,” John W. Franklin, senior manager in the Office of External Affairs with the museum, told the Free Press last week.

Visitors also will be able to trace transformative periods in the nation, such as the Civil Rights Movement and today’s Black Lives Matter movement. They will be able to view historic mementoes, such as the Bible of freedom fighter Nat Turner of Southampton County and items of Underground Railroad leader Harriet Tubman.

The history of other seminal figures in sports, medicine, business, the military, education and other fields, as well as groups and institutions, will be included. The museum will have a 400-seat theater, library, restaurant and two changing exhibition galleries.

“Everywhere we went, every person and organization said, ‘You have to tell the truth,’ in this museum,” Dr. Franklin said. “I think people today will be pleased and our ancestors would be pleased.”

Dr. Franklin will talk about “The Role of Museums in Addressing Healing, History and Culture” at a forum “Countdown to an Opening” from noon to 2 p.m. Wednesday, April 6, at the Library of Virginia, 800 E. Broad St., in Downtown.

Also scheduled to take part in the program are Sandra G. Treadway, the librarian of Virginia; William “Bill” Martin, director of The Valentine; and Christy Coleman, co-CEO of the American Civil War Museum.

President Obama will cut the ribbon opening the museum Sept. 24, which will be followed by a weeklong celebration.

“This is exciting in so many ways,” said the 63-year-old Dr. Franklin, who is the son of the late noted historian John Hope Franklin. He said the museum was the dream of African-American Civil War veterans in 1915, about 50 years after the war’s conclusion.

“It has been a long time in the works,” he said.

The modern push for a museum began in the 1970s and was delayed largely because of opposition from some members of Congress. President George W. Bush finally signed the act creating the museum into law in 2003.

The museum originally was to open in the fall of 2015.

“Most museums take a while to be created,” said Dr. Franklin, who has worked on African-American, African and African Diaspora programs for the past 28 years at the Smithsonian. “This one had to get the national support, politically and financially.

“It started without a collection, so we had to create a collection. We had to decide of all the millions of stories, which ones to tell,” he added. “Some people have given family treasures to this museum.”

The cost of the project, Dr. Franklin said, was originally estimated at $500 million, but is now at about $540 million. He said half of that was provided through congressional appropriations and half from donations from individuals, foundations and corporations.

“The museum exhibitions are research-based and advised by the scholarly community,” he added.

When people visit the museum, Dr. Franklin said, “everyone will learn something. And it will help people understand that African-American history is much more complex than what they’ve been presented.

“Everyone will see that this will be a treasure for the entire nation to enjoy,” he added.