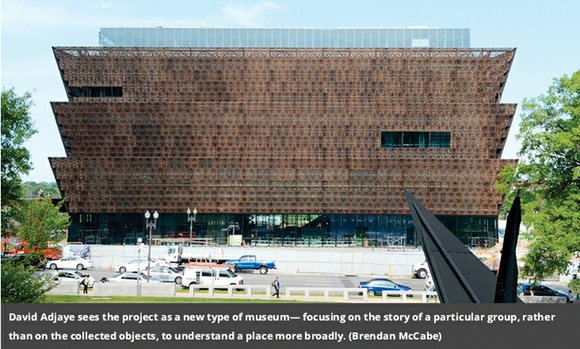 The Smithsonian Institution will open the National Museum of African American History and Culture on Sept. 24 in Washington.

A weeklong celebration will follow, including a three-day festival showcasing popular music, literature, dance and film, and a period in which the museum on the National Mall will be open for 24 consecutive hours.

The celebration also will include events co-hosted by museums around the United States and in Africa.

“After 13 years of hard work and dedication on the part of so many, I am thrilled that we now have this good news to share,” said Lonnie Bunch, the museum’s founding director.

He said the museum will offer exhibitions and programs “to unite and capture the attention” of people around the world.

“It will be a place for healing and reconciliation, a place where everyone can explore the story of America through the lens of the African-American experience,” he said.

Since legislation was signed creating the museum in 2003, the museum has built a collection of 11 exhibits to trace the history of slavery, segregation, civil rights and African-Americans’ achievements in the arts, entertainment, sports, the military and the wider culture.

Artifacts on loan from other institutions also will be on display, such as two documents signed by President Abraham Lincoln — the 13th Amendment and the Emancipation Proclamation.

A team led by David Adjaye, a celebrated Tanzanian-born architect, designed the building, which is located on a 5-acre site on Constitution Avenue between 14th and 15th streets N.W.

The 400,000-square-foot building has five levels above ground and four below ground. Among its signature spaces is a “Contemplative Court,” a water- and light-filled memorial area that will offer visitors a quiet space for reflection. It also will have a reflecting pool at the south entry and a series of openings, or “lenses,” throughout the exhibition space that will frame views of the Washington Monument, the White House and other Smithsonian museums.