City school officials: Test scores to get worse before they get better 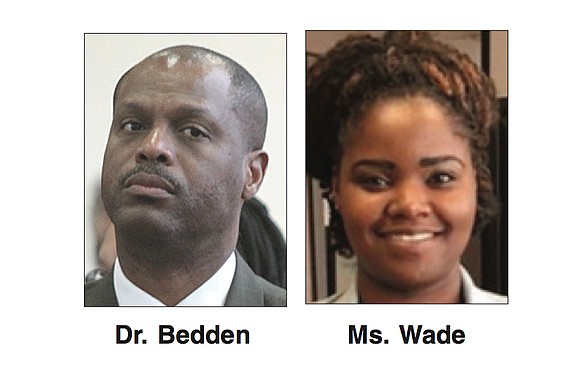 The dire prediction from Valenta Wade, RPS manager of testing and data, sent members of the Richmond School Board into a tailspin at Monday night’s meeting at City Hall, with some members expressing concern about increased state intervention.

Ms. Wade projected decreases in writing and math SOL test scores throughout the 2016-2017 academic year, due, she said, to a “messy and disorganized transition” to academic improvement.

According to a statement released by RPS immediately after Monday night’s meeting, “the transition state” is “unpredictable and constantly in flux.” The transition state was defined as the time needed to “address the years of challenges, limited resources and inadequate systems.”

Exactly how long this messy and unpredictable “transition state” would persist for the city’s 24,000 students is uncertain. In the statement, school officials said the transition would take at least two school years.

“[This decline] has been the trend that I’ve heard for a very long time,” said School Board member Mamie Taylor, 5th District, “and there seems to be a setup for failure. I am not hearing what we’re going to do proactively to make sure there is something in place now to turn things around.”

The School Board’s concern is that any continued decline in the student pass rate on SOL tests could further jeopardize the accreditation status of dozens of Richmond schools that are at significant risk of losing accreditation altogether next year.

According to the Virginia Department of Education, schools have three consecutive years to earn “fully accredited” status before being outright denied accreditation.

“Based on the information that has been provided to us to today, what is the standard that VDOE uses that they would come in and say, ‘We need to run your (school) system?’ ” asked board member Tichi Pinkney Eppes, 9th District.

“First of all, they don’t do it just like that,” Superintendent Dana T. Bedden responded. “They come in and put parameters around how you function, but they don’t run it,” he said.

Dr. Bedden, who has been RPS superintendent since January 2014, continued by explaining that the state could increase oversight of budget allocation, administrative appointments and district-level operational policy.

Ms. Pinkney Eppes referenced state intervention in Petersburg and asked, “So are we there? Do we meet the criteria?”

“You met the requirement a year ago,” Dr. Bedden said, before amending his remark to, “We met it a year ago.”

“If you look at the (state’s) language,” he continued, “it is such that they can ultimately decide what and when and if they want to do that.”

Ms. Wade and her staff said they are working on improvements aimed at bringing up SOL test scores, including plans to implement a “district-wide structure for analyzing school data.” She said the administration also is planning to focus more resources on “chronic absenteeism” and on assisting students dealing with trauma.

She said the RPS administration also is implementing the “School Progress Plan” that Dr. Bedden introduced earlier this school year.

In the wake of the presentation, the board voted unanimously to permit VDOE to conduct a review of the school division. The review, which will be undertaken at no cost to the school division, is expected to take six to eight weeks.