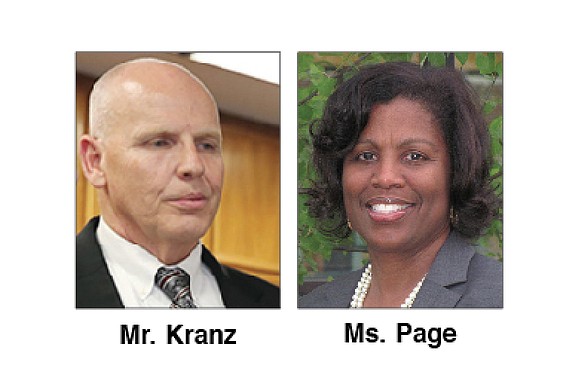 Student achievement in Richmond Public Schools continues to decline, according to Standards of Learning test scores released this week by the Virginia Department of Education.

While some schools showed gains in specific subject areas, overall, the pass rate for students in four of five core subjects — reading, history and social science, mathematics and science — stayed the same or declined.

“Our focus remains on aligning our efforts with best practices that are strategically designed for curriculum-based instruction that include root-cause analysis at the school level, intense training for our principals and teachers and collaborative support and training from the VDOE through our memorandum of understanding,” RPS interim Superintendent Thomas Kranz stated in a prepared statement.

By comparison, SOL scores for students in Chesterfield, Hanover and Henrico public schools remained level in 2016-17, or improved slightly.

“As a district, we need to do everything we can to improve the learning experience of our students, and that should change today,” said Richmond School Board Chairwoman Dawn Page.

Two to four SOL tests are given to students in grades three through 12 each year.

RPS has a 71 percent African-American student population. Only 17 of the city’s 44 public schools are fully accredited based on SOL test scores. Facilities are in major disrepair, the budget is strapped and officials are dealing with the abrupt departure of the former superintendent as an interim leader holds the reins while a nationwide search for a successor is underway.

“The SOL scores tell us that a majority of our students are not meeting the minimum expectations for what students should know and be able to do at the end of each grade,” Ms. Page said.

She said increased community involvement in the schools is needed to boost student achievement.

“Stronger communities will only help in our task to find fixes,” Ms. Page said.

The Virginia Department of Education three years ago introduced computer adaptive testing, a format that adjusts the test difficulty level according to a student’s response to an initial question. Scores are determined by the number of questions answered correctly and the relative difficulty of answered questions.

When comparing pass rates for specific elementary, middle and high schools, several city schools have made gains. Of the division’s 44 schools, 31 saw improvements in at least one subject area. Blackwell Elementary School had a 31 percentage point increase in science; J.E.B. Stuart Elementary increased by 28 points in history and social science, 24 points in reading and 22 points in mathematics. John Marshall High School showed a 22 point improvement in writing and a 13 point increase in history and social science.

On the other end of the spectrum, however, several schools continue to struggle. The elementary schools scoring the lowest in each category were Woodville, with a 32.4 percent pass rate in reading; Chimborazo, 33.8 percent in history and social science; and Swansboro, at 21.5 percent in mathematics and 33.3 percent in science.

The new building for Martin Luther King Jr. Middle School is not improving student performance. SOL scores for students at the East End school were the lowest of all middle schools in all five subject areas.

Despite the dismal results for public schools, VDOE superintendent of instruction Steven R. Staples said the data does not present a comprehensive picture of student academic performance in Virginia.

“The long-term upward trend is far more important than a snapshot for a single year …” he said in a news release.

RPS is currently under the close scrutiny of the state Department of Education because of the division’s consistent low number of accredited schools.

As part of the process to achieve full accreditation for all city schools, Mr. Kranz submitted on July 27 an updated memorandum of understanding to the VDOE that outlines specific responsibilities of the department and the school division to be undertaken to improve the schools. The document was approved and a Corrective Action Plan is being drafted.