Monroe Park to get a $6M renovation 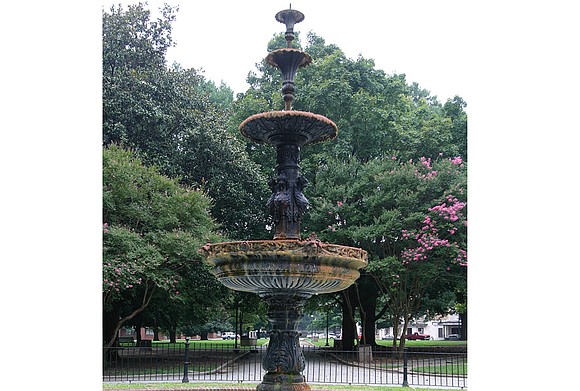 Monroe Park is about to get a $6 million facelift.

The nonprofit Monroe Park Conservancy raised the $3 million in private funds to contribute to the renovation of the 165-year-old park, clearing the way for work to begin in early November, it was announced Wednesday.

winning cheers from park supporters, but is considered a blow to volunteers and organizations that feed the homeless in the park on weekends. They will have to relocate during the 12 to 18 months of work.

Dating to 1851, the park, bounded by Belvidere, Main, Laurel and Franklin streets, sits next to VCU’s Monroe Park Campus and has long been a centerpiece of the city. During its history, it has hosted the state fair, served as a mustering point for troops and hosted an array of community events.

“Many of us have labored for more than a decade to launch the renovation of Richmond’s oldest park,” Ms. Massie said. “It’s exciting to know the work can now begin.”

MPC promised to raise $3 million to support the park’s facelift after Richmond City Council granted the group a 30-year lease to manage the park in March 2014. The park’s redevelopment and stewardship have remained on hold as the fundraising proceeded.

“It’s time to put shovels in the ground and begin bringing this beautiful park back to life,” he said.

The mayor said he would send legislation to City Council on Monday, Sept. 26, seeking authorization to accept the conservancy’s funds for the renovation.

If approved as anticipated, the council’s action would be followed by a ceremony in November when the city would formally close the park to begin the work, the mayor said.

The first step, Mayor Jones said, would include extensive infrastructure upgrades to antiquated underground sewer, gas, water and electrical systems. The city has set aside nearly $3 million for that work, which would be followed by the above-ground renovations.

Monroe Park was designed in the 19th century to be a safe, accessible, inviting and engaging green space, Ms. Massie said. MPC plans to ensure that the park will continue that focus after it reopens, she said.

The goal, she said, is for Monroe Park to continue to be a place that is welcoming to everyone — from lawn

athletes to picnickers and patrons of the arts.

During construction, admission to the park is expected to be tightly controlled and limited based on safety concerns.

Two organizations, Homeward and the United Way of Greater Richmond, are expected to work with individuals and groups interested in providing food and clothing to homeless Richmonders in need.

No plans have been announced for creating a

replacement site for helping the homeless during the renovations.