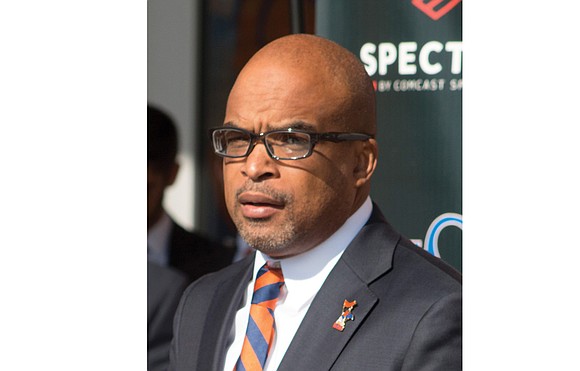 The awards ceremony was part of the HBCU Executive Media Training Institute held July 13 and 14 in Washington hosted by HBCU Digest.

Dr. Abdullah’s award was one of two VSU received during the event.

VSU also was a finalist in five other categories — Best Student Government Association, Best Choir, Alumna of the Year, Male Coach of the Year and HBCU of the Year.

Virginia Union University was a finalist in the categories of Female Coach of the Year, Female Athlete of the Year and Women’s Team of the Year.

Central State University, a state-supported HBCU in Wilberforce, Ohio, was named the 2017 HBCU of the Year.

Finalists were selected from more than 175 nominations from HBCUs across the nation. — HOLLY RODRIGUEZ and JULEXUS CAPPELL