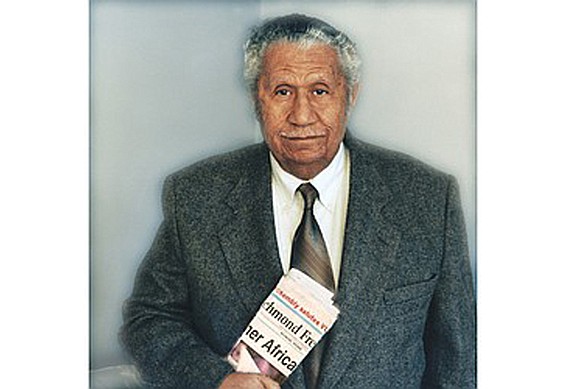 “Tiger Tom” Mitchell was not only a Richmond broadcast legend, but he was an easygoing, deep-thinking family man who taught his children the importance of education, being open to different perspectives and respecting the viewpoints of others.

At a nearly three-hour memorial service last Saturday, Mr. Mitchell was remembered fondly by friends, former colleagues and family as a voice of truth and an inspiration for many.

The 100-year-old former newspaper and radio journalist died Monday, July 10, 2017. Hundreds of people filled St. Paul’s Baptist Church on Creighton Road in Henrico County, where speakers recounted stories about Mr. Mitchell, his wife of 57 years, Bette, and his four children, who they called “the light of his life.”

Several recalled how he always was willing to help others in need. They said he often would take in family and friends to help them “get back on their feet.”

Following the memorial service, a reception was held at Fifth Baptist Church in Richmond’s West End.