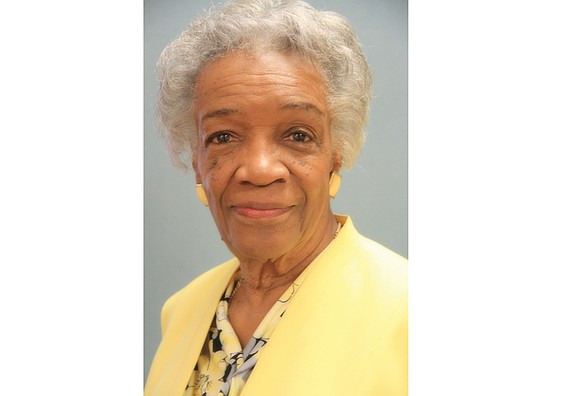 The Delver Woman’s Club takes voting seriously. So seriously, in fact, that all members and prospects must be registered voters. “Voting is your civic duty,” says Theo Suber Jones, the new president of the organization whose motto is “Lifting As We Climb.”

“Participating in the voting process gives you the opportunity to have some say in who your elected officials are. It is your constitutional right to participate in the process,” Mrs. Jones says.

The organization’s 85 members are dedicated to civic engagement and service. Through the Delver’s interest groups, Mrs. Jones explains, the women are involved in a range of projects, including working the polls or knocking on doors during election time, raising money to present an annual college scholarship to an outstanding and deserving student and helping members develop their businesses.

The Delver Woman’s Club also exposes young people to the arts by taking them to local productions and to New York City for plays. Membership is important and Mrs. Jones says she plans to increase the group’s numbers during her three-year term in office.

“I would like to continue the legacy of Delver women,” she notes. “The club has been known over the years to do great things for the city of Richmond and for persons in the city.”

The organization traces its beginnings to 1917 as the Delver Literary Club for African-American Women, most of whom were college educated. Its current philosophy, driven by a common interested in cultural, educational, economic and social activities, started in 1945 during the period of racial segregation. Members rely on one another to share their experiences in achieving success, whether personal or professional.

Its new president is a woman of faith who describes herself as a mother, a grandmother, a sister and a friend. She was installed during the spring at a luncheon at the Quioccasin Baptist Church Fellowship Hall.

“I was elated to know that the nominating committee submitted my name, “ Mrs. Jones said. “ At first I was a little apprehensive. Now I’m happy about it. Being president is an experience that I wasn’t expecting.”

Mrs. Jones is a retired Richmond Public Schools secretary who worked for more than 20 years with programs for exceptional students. Her late husband, the Rev. Leroy Jones, was pastor of Pilgrim Journey Baptist Church in Henrico County.

Her community service also extends to membership in the Parliamentarian Law Club and the Richmond Council of Women’s Organizations. She also is a past president of the National Association of Office Professional Retirees and has led and participated in workshops and training across the United States. Meet this week’s Personality and Delver woman, Theo Suber Jones:

Date and place of birth: March 12 in Richmond.