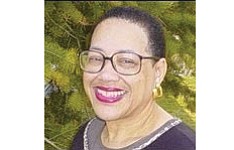 The data additionally shows that African-Americans alone received just 3.1 percent, or 65,451, of these loans, the ones that come with fewer fees and are the most cost efficient over time.

By contrast, African-American mortgage borrowers received 142,329 out of 866,000 Federal Housing Administration loans during the same year.

Should housing finance reform fail to preserve access and affordability in mortgage lending, these data points could worsen and become even more disproportionate.

For Nikitra Bailey, an executive vice president with the Center for Responsible Lending, a firm commitment to affordable housing goals is essential to any housing policy discussion.

Fannie Mae’s and Freddie Mac’s “affordable housing goals have made a tremendous impact on helping credit-worthy borrowers purchase homes,” noted Ms. Bailey. “They are also a metric for accountability to address underservice to important and often excluded market segments, including people of color, low and moderate income families and rural communities. The goals must be strengthened and fully enforced, not rolled back.”

“We must remain vigilant,” said Ron Cooper, president of the National Association of Real Estate Brokers in the foreword of the organization’s report, 2017 State of Black Housing in America. “We must continue to advocate that (Fannie Mae and Freddie Mac) stay true to their intended mission to promote homeownership and adhere to the housing goals and duty to serve clause.”

The writer is communications deputy director with the Durham, N.C.-based Center for Responsible Lending.