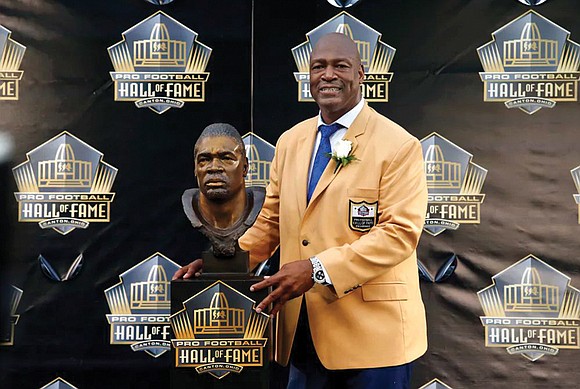 But a Virginian was the in the NFL to win five Super Bowl victories.

Charles Haley, born in the unincorporated community of Gladys in Virginia’s Campbell County, was part of five Super Bowl wins — two with the San Francisco 49ers and three with the Dallas Cowboys.

Brady, in his 17th NFL season, is the first quarterback to earn five Super Bowl rings. He also has been on the Super Bowl losing side twice.

Before becoming the 49ers’ fourth round draft pick in 1986, Haley starred at William Campbell High School near Lynchburg and for James Madison University.

Haley, now 53, is a member of the halls of fame for JMU and the NFL.

Another Virginian with a noteworthy championship record is the late Johnny Sample.

From Cape Charles on Virginia’s Eastern Shore, Sample played at Maryland State College, now the University of Maryland-Eastern Shore, before joining the Baltimore Colts as a seventh round draft pick in 1958.

Sample finished with 41 career interceptions, including one he returned for a 42-yard touchdown for the Baltimore Colts in the 1959 NFL title game against the New York Giants.