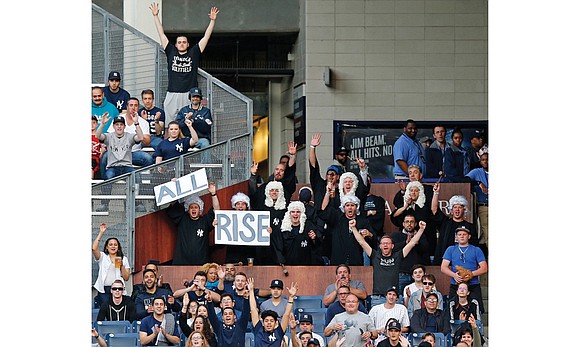 Aaron Judge’s prodigious home run swing and his loyal fans were the big head-turners at the Major League Baseball’s Home Run Derby on Monday in Miami.

Judge defeated Minnesota’s Miguel Sano in the finals with 11 homers to 10. Judge’s longest shot was measured at a phenomenal 516 feet at the enclosed stadium.

Earlier, Judge ousted hometown favorite Justin Bour of the Miami Marlins in the quarterfinals and Cody Bellinger of the Los Angeles Dodgers in the semifinals.

In his first full season with the Yankees, the 6-foot-7 Judge leads the American League with 30 homers and 66 runs batted in. He also is among the batting average leaders at .329.