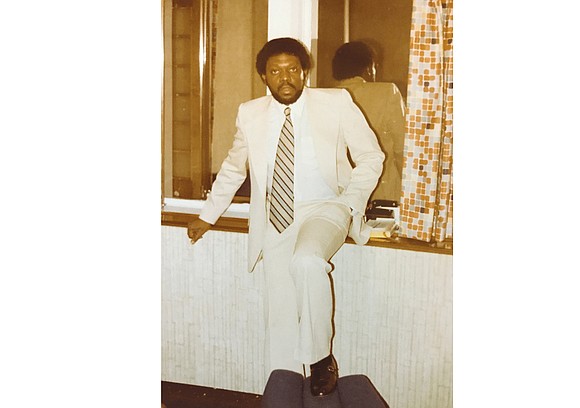 And for nearly 50 years, Richmond women responded by putting their hair in his hands and those of the stylists he trained.

For decades, the beautician operated a small chain of beauty shops under his Celebrity brand, as well as a private cosmetology school.

“He was smart and ambitious and believed that anything is possible,” said his son, Darin Henderson of Washington, director of business processes for a government contractor.

His cousin, Apostle Leo Hackett Jr., is to officiate and deliver the eulogy at the service.

The oldest of six children, Mr. Henderson graduated from Maggie L. Walker High School and then gained a wider view of the world during two years of Army service, including in South Korea.

When he came home, he started cutting hair at a Jackson Ward barbershop, his son said.

Finding it dull, he was attracted to the more interesting challenge of styling women’s hair, he said.

He earned a diploma from the Jones “R” College of Beauty Culture, a Richmond cosmetology school. He then spent time in Boston, Toronto and New York gaining experience, learning advanced techniques of hairstyling and studying the art and science of hair coloring.

Returning to Richmond, he began building a customer base and then opened his first Celebrity Style House around 1968, his son said. He later would add two satellite outlets, although he was most identified with the shop at 2 E. Brookland Park Blvd. in North Side.

He opened Celebrity Beauty Academy at the North Side headquarters to train the next generation of stylists. At the peak of his business, he had more than 30 stylists operating chairs in his shops, his son indicated.

His family also benefited from his business acumen. Through the years, his father, Iziah “Zeke” Henderson, a sister, two brothers, his son and his former wife were among those who made a living working in those shops.

Mr. Henderson began cutting back around 2004, selling the satellite stores. About six years ago, he closed the store at North Avenue and Brookland Park Boulevard, including the school.

For several years, he operated a used furniture outlet at the building, but ended that when he rented the space to a nonprofit adult high school. The building is now home to a cell phone retailer.

Mr. Henderson also continued to style hair for a few longtime customers in a space he set up in his North Side home, his son said.

“Last week, a woman who did not know he had passed came looking for him to do her hair,” he said.

Outside of his business, Mr. Henderson “loved to entertain at his home and also kept up with the news of the city and civic affairs,” his son said.

In addition to his son, survivors include two sisters, Gloria H. Jeffries of Charlotte, N.C., and Joyce H. Scott of Richmond; and a grandson.