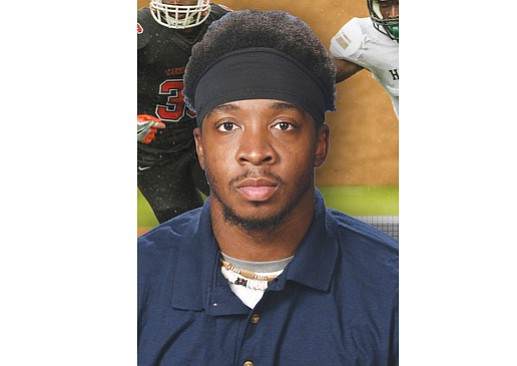 He has begun practicing in the Giants’ Organized Team Activities in New Jersey and is on New York’s 90-man, offseason roster.

Snead played football this past season for Carson-Newman University in Jefferson City, Tenn., after playing previously for Pima and Mesa community colleges in Arizona.

At Carson-Newman University, he caught five passes for 151 yards and one touchdown, and also returned 17 kickoffs for 419 yards, including a 90-yard touchdown.

More impressively, the 6-foot, 190-pounder ran 40 yards in 4.22 seconds (with fully automatic timing) at the University of Tennessee Pro Day in Knoxville.

His time tied the NFL Combine record of 4.22 seconds set by John Ross this year in Indianapolis.

That earned him the title “Fastest Man in College Football” by the U.S. Track & Field and Cross Country Coaches Association. The award is given to a versatile standout displaying exceptional speed in both football and track.

“He never played a game, not a single one,” said Rev. Winfree. “Kevin started off at Meadowbrook (in Chesterfield) and transferred to Wythe. He never got on the field, though. I want to credit (George Wythe faculty member) Kimberly Jones and (Wythe Principal) Reva Green for sticking with Kevin and helping him get into junior college.”

Snead hails from an athletic family.