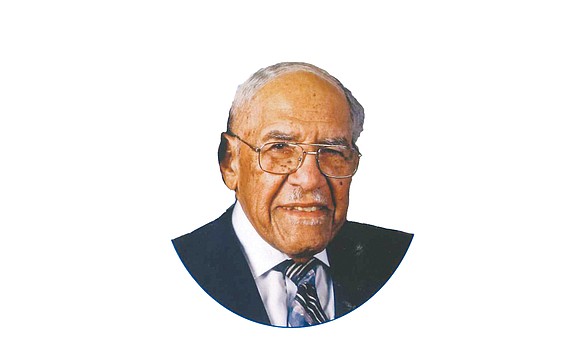 Thomas Waymond Kenney worked as a meat cutter and janitor most of his life, but ended up a millionaire through his love of golf.

For more than 20 years, Mr. Kenney, known as “Jelly” and “Big Game” to his golfing friends, owned the Spring Lake Golf Club — the now closed, 9-hole course off Mountain Road in Henrico County that once was the only place in Metro Richmond where African-American golfers could play.

Streets in the subdivision now bear his name and that of his wife of 20 years, Johnnetta C. Kenney, as well as the name of the Houze family, which operated the course for five years before it was sold for home development.

“Developers were always after him to sell the land, and he kept turning them down,” said Mrs. Kenney, a retired nurse. “But they kept offering more and more money until he finally couldn’t say no.”

Before the sale, he and his wife maintained the course for years. “We did it together,” she said, from mowing the greens to keeping up the sand traps and welcoming players.

When he reached his late 70s, he leased the course to John Houze and his wife, but continued to play.

Final tributes were paid to Mr. Kenney, a Henrico County native, on Monday, Feb. 27, at Pilgrim Journey Baptist Church in Henrico, where he had been an active member for 81 years.

Mr. Kenney chaired the church’s trustee board and served as the church’s financial secretary for more than 30 years. He also participated in the church’s mid-week Bible class.

Before retiring and buying the golf course, Mr. Kenney worked as a meat cutter for Hygrade Meat Co. and as a custodian for Best Products, his wife said.

His family had a longtime interest in real estate. His late parents, Mason and Clara Kenney, purchased and owned 400 acres of property in the county, including land on which the Waffle House sits at 7109 W. Broad St.