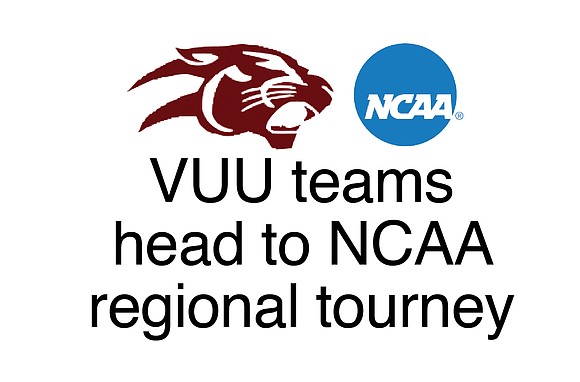 The Virginia Union University men’s and women’s basketball teams are heading to the NCAA, but both may be a bit rusty for the occasion.

VUU’s men’s team is the No. 7 seed and will face No. 2 Shippensburg University of Pennsylvania on Saturday, March 11, in the NCAA Division II Atlantic Region at Fairmont State University in West Virginia.

The women’s regional games run through Monday, March 13, with the regional champs advancing to the Elite Eight March 21 through 25 in Columbus, Ohio.

The men’s team is 22-7, but haven’t played since losing to Bowie State University on Feb. 23 in the CIAA Tournament quarterfinals in Charlotte, N.C.

The Lady Panthers are 23-4, but have been idle since a Feb. 24 loss to Johnson C. Smith University in the CIAA semifinals.

The CIAA holds its tournament a week earlier than most conferences.

Shippensburg University is 26-3 and the champion of last weekend’s Pennsylvania State Athletic Conference.

The semifinals are Sunday, March 12, with the regional championship on Tuesday, March 14. Regional champs advance to the Elite Eight March 22 through 25 in Sioux Falls, S.D.