VUU returns from CIAA in trail of tears 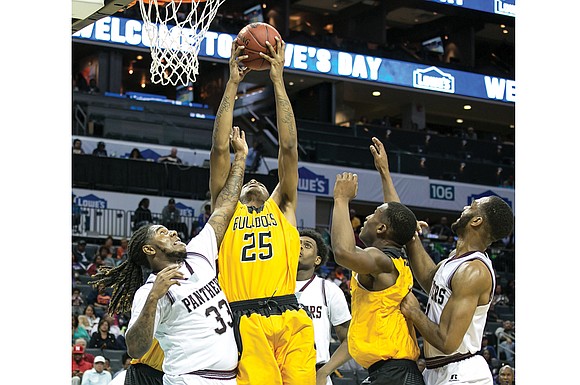 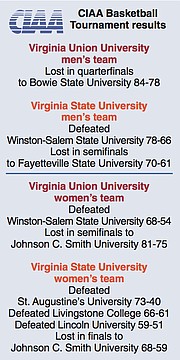 Its return to Richmond was amid a trail of tears.

With the Panthers’ CIAA goals squashed, Coach Jay Butler’s team must play the waiting game to see if the season will continue or be put quietly to bed.

NCAA Division II Tournament selections will be announced Sunday, March 5. As of last week, VUU was ranked seventh in the Atlantic Region – but that was before Charlotte.

Clearly, the Panthers are atop the uncomfortable bubble as far as making the eight-school regional tournament set for March 11, 12 and 14, likely in West Virginia.

Much will depend on the results this weekend from Division II conference playoffs involving West Virginia, Pennsylvania and Maryland schools.

Virginia State University, the 2016 CIAA champion, remains among the other teams wishing and hoping for an NCAA invite. VSU was ninth in the most recent Atlantic Region poll.

Both VUU and VSU have rested their NCAA cases with strong résumés. The Panthers are 22-7 and have won 14 of the last 17 games in Coach Butler’s second season. In Coach Blow’s fourth season in Ettrick, the Trojans are 22-8.

The Charlotte trip started well for both VUU and VSU. At the CIAA Tipoff Awards Banquet in Charlotte on Wednesday, Feb. 22, the Trojans’ Elijah Moore, Richard Granberry and Kevin Williams were all named All-CIAA.

Little did anyone suspect that the individual honors soon would be followed by “disappointment of the year.”