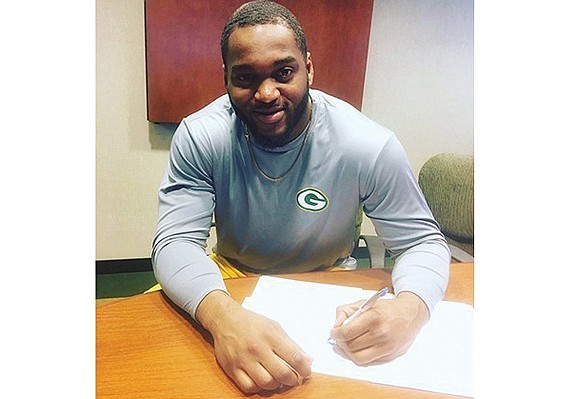 After rushing for 1,299 yards and 15 touchdowns last season for Virginia Union University, Stanback has signed a three-year, make-good, free agent contract with the legendary Wisconsin franchise.

NFL teams are allowed 53 players on the active regular season roster, just 46 of which can dress for a given game.

A native of Uniondale, N.Y., Stanback played one season at Virginia Union after transferring from the University of Central Florida. A workhorse for the Panthers, he averaged more than 20 carries per game while earning All-CIAA honors.

In 25 games at UCF, he ran for 1,157 yards and 16 touchdowns, picking up All-American Athletic Conference honors as a freshman.

At Pro Day at the College of William & Mary in the fall, Stanback ran the 40-yard dash in 4.55 seconds. He ran it in 4.48 at the NFL Regional Combine near Washington.

Green Bay is looking for a featured ball carrier after Eddie Lacy left the Packer via free agency to join the Seattle Seahawks.

The last VUU running back picked was Lofell Williams in the ninth round of the 1975 draft by the Cincinnati Bengals.