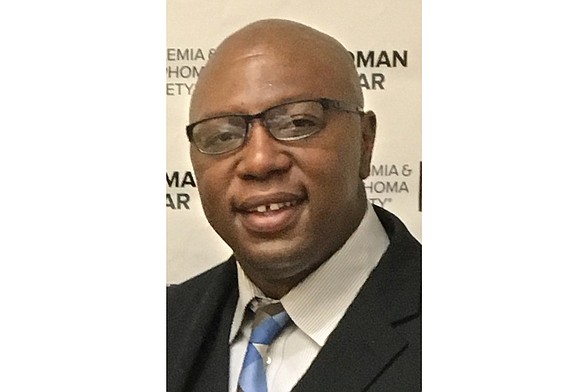 So when the managing partner at Firestone Complete Auto Care in Mechanicsville was recruited to raise money as a candidate for the Leukemia & Lymphoma Society Virginia Chapter’s 2017 Man & Woman of the Year campaign, he readily agreed.

“I’ve learned that one of the ways cancer travels is through the bloodstream,” Mr. Taylor said. “So the work of the Leukemia & Lymphoma Society benefits anyone with cancer, if, for no other reason, than to keep the cancer from spreading,” he said.

Mr. Taylor is among 12 Virginia candidates vying for the man or woman of the year title and the only African-American.

Every dollar raised on behalf of a candidate counts as one vote. The candidate with the most votes wins.

The 10-week campaign culminates Saturday, May 20, with a gala at the Altria Theater that includes a cocktail reception, live and silent auctions, dinner, music, dancing and the announcement of the 2017 Man & Woman of the Year.

The deadline to donate and vote is Friday, May 19.

“I got started and then I realized that I’ve got to bring my ‘A’ game,” said Mr. Taylor, a James Madison University graduate and member of Phi Beta Sigma Fraternity. “This is some serious competition here.”

Mr. Taylor said his goal is to raise $100,000. He is dedicating his effort to his late mother, Peggy Anne Taylor.

“I have heard about several cancer research advancements during my involvement with LLS,” he stated in a campaign message. “I strongly believe that if the treatments available today were accessible to my family when my mother was diagnosed, she might be here to meet my twins today.”

According to the society’s statistics, African-Americans are at twice the risk for multiple myeloma as Caucasians.

The LLS has partnered with the National Black Church Initiative, a faith-based coalition of 34,000 churches across the nation, to raise awareness of the prevalence of the disease in the African-American community and how LLS can help with the high cost of treating it.

For more information on the campaign, donations and gala tickets, go to www.mwoy.org/va.