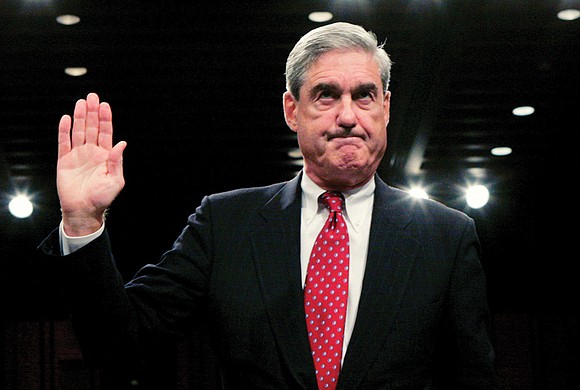 That question is now swirling around the increasingly embattled president after reports indicated that Mr. Comey detailed the attempt to stop the investigation in a memo he wrote to himself following a private meeting with the president.

While President Trump followed a familiar script — deny, deny, deny — as he jetted off on a nine-day trip to the Middle East and Europe, the reports rocked Congress as the administration has been struggling to manage a growing list of scandals.

Veterans in Congress are hearing echoes of Watergate, the scandal that forced President Richard M. Nixon to resign 44 years ago to avoid impeachment.

Some legislators already are labeling President Trump’s action obstruction of justice and calling for his impeachment, though most are treading more carefully.

So far, a House committee has asked the FBI to provide copies of the Comey memo to learn more about what might have happened and whether President Trump’s misstep is as serious as the reports in the New York Times and on NBC News suggested.

Meanwhile, the U.S. Justice Department, led by Trump loyalist Jeff Sessions, took an unexpected step to avoid any appearance that it is under President Trump’s thumb.

The department announced Wednesday that a special prosecutor has been named — former FBI Director Robert Mueller — to take over the probe into allegations that advisers to the 2016 Trump campaign improperly and illegally colluded with Russia to get President Trump elected.

A separate Senate probe is underway in which U.S. Sen. Mark R. Warner of Virginia is playing a major role.

The Comey memo report dropped like a bombshell during a week that began with news that President Trump disclosed classified information to high-ranking Russian visitors to the White House, including that nation’s ambassador.

Mr. Comey has been mum publicly since his firing last week, but friends, upset at his discharge, spread the news about the memo.

According to a friend of Mr. Comey, the former FBI chief wrote the detailed memo on Feb. 14, just a day after President Trump ousted Gen. Flynn for lying to Vice President Mike Pence about his conversations with the Russian ambassador, the same one who met with Mr. Trump.

The New York Times first reported the existence of the memo, which appears to be one of many documents Mr. Comey drafted regarding his conversations with President Trump.

“It’s very rich in detail and hopefully it will come out soon,” the friend of Mr. Comey has told news outlets that agreed to keep his identity confidential.

“There are other memos about his meetings, too. He tried to write down every word President Trump said to him as soon as he could.”

On Capitol Hill, where Republicans have so far generally backed President Trump, a new mood is evident among members. Many expressed deep concern about the latest revelations and demonstrated a new willingness for congressional involvement.