People in Richmond and across the nation pause to reflect on Dr. Martin Luther King Jr. on the 50th anniversary of his death 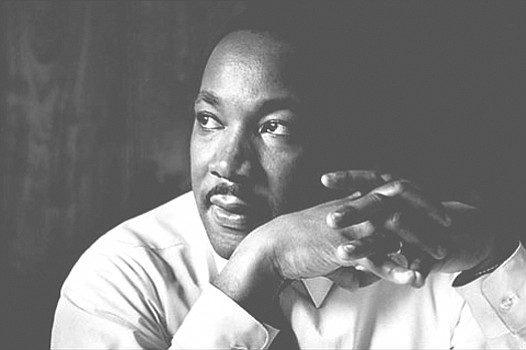 On the day Dr. Martin Luther King Jr. was killed 50 years ago, tens of thousands of people gathered at small and large events in Richmond and other cities on Wednesday to mourn his death, celebrate his life and rekindle his struggle for economic and social justice.

In Richmond, Virginia Union University hosted “MLK50: Moment of Remembrance” with the Office of Mayor Levar M. Stoney to discuss “Where do we go from here?”

In Memphis, where Dr. King was gunned down at 6:01 p.m. April 4, 1968, people wrapped themselves in coats and hats in the unseasonably cool weather to rally with signs bearing the slogan of the striking sanitation workers Dr. King had gone to Memphis to support: “I AM A MAN.”

They gathered outside the offices of the union that represents the sanitation workers and other government workers, the American Federation of State, County and Municipal Employees Local Union 1733, on Memphis’ famed Beale Street.

On Wednesday, the crowd was composed mostly of workers, but also included civil rights activists, pastors and union workers from Atlanta to Los Angeles who came to remember Dr. King’s efforts to improve conditions for the trash collectors.

“If it weren’t for Dr. King, we’d still be on strike,” said Elmore Nickleberry.

At 86, Mr. Nickleberry is the city’s longest-serving employee who still drives a truck for the sanitation department. He was among the 1,300 Memphis sanitation workers who went on strike in February 1968 after two garbage collectors, Echol Cole and Robert Walker, were crushed to death by a truck’s malfunctioning compactor.

Mr. Nickleberry said the city finally allowed the workers to unionize and raised their pay two weeks after Dr. King’s assassination, reflecting the impact of his death.

Cleophus Smith, 75, a sanitation worker for 50 years, said it was important to pay tribute to Dr. King. Mr. Smith took part in a mile and a half walk in honor of his hero, scoffing at those who urged him to ride a shuttle bus.

“I am thinking of the legacy Dr. King left for us to carry on,” Mr. Smith said as he scanned a sea of union banners. “We’re determined to carry it on.”

In Indianapolis, Congressman John Lewis of Georgia, a key student leader in the Civil Rights Movement, recalled being in that city when the late U.S. Sen. Robert F. Kennedy announced Dr. King’s death during a presidential campaign rally.

Others assembled in Atlanta, where Dr. King’s daughter, the Rev. Bernice A. King, moderated an awards ceremony in her father’s honor.

Rev. King, the youngest of Dr. King and Coretta Scott King’s four children, was only 5 when her father was killed. Early Wednesday morning, she sent out a personal message on Twitter: “Such an honor to have had you as a father and to still have you as a teacher. I greatly admire your courage and strength to love, and I learn from you daily. In the words of Maya Angelou, I ‘can be and be better because you existed.’ Thank you. Miss you.”

In Washington, thousands joined a silent march that started at the Martin Luther King Jr. Memorial. Some marchers placed their hands on the 30-foot memorial’s base and looked up at Dr. King.

Participants traveled from as far as Oklahoma to attend, some wearing green “Act to End Racism” shirts and singing spirituals as they walked.

Flowers and a signed note were left at the base of the statue, which looks across the waters of the tidal basin to the memorial of Thomas Jefferson, the slave-owning third U.S. president.

Addressed to Dr. King, a handwritten note stated: “Your message of non-violence still resonates with many and your message of Human Rights for all people is still being heard today. Rest in Peace!”

One marcher, Ron Meredith, a 38-year-old African-American who works as a financial analyst in the city, said, “I feel an immense amount of pride and love for the man. It makes me cry when I think what they took from us. His sacrifice was Christ-like.”

If Dr. King were alive today, added Mr. Meredith, “he’d be kneeling with Kaepernick,” a reference to the football player who started the take-a-knee action during the playing of the national anthem to protest racial injustice.

Faith leaders from various denominations spoke at the Washington rally on the National Mall.

“Joining my Christian sisters to take a pledge to work against racism and to make America a place where everyone is respected and is given the equal opportunity!” Rajwant Singh, a speaker at the rally, said in a tweet.

“We rededicate ourselves to a glorious future where every American, from every walk of life, can live free from fear, liberated from hatred, and uplifted by boundless love for their fellow citizens,” the president said in the video. “I ask every citizen to join me in remembering this great American hero and to carry on his legacy of justice, equality and freedom.”

The biggest events were in Memphis.

A wreath-laying ceremony was held on the balcony of the Lorraine Motel, which is now part of the National Civil Rights Museum. Dr. King was shot as he stood on the hotel balcony.

On Tuesday evening, thousands packed the pews of Mason Temple in Memphis where Dr. King delivered his last speech from the pulpit the night before he was killed.

“Like anybody, I would like to live a long life — longevity has its place,” Dr. King said that night. “But I’m not concerned about that now… I’ve seen the Promised Land. I may not get there with you. But I want you to know tonight that we, as a people, will get to the Promised Land.”

Former Ambassador Andrew Young, a civil rights leader and former Atlanta mayor who was on the balcony with Dr. King when the fatal shot rang out, spoke of Dr. King’s enduring legacy.