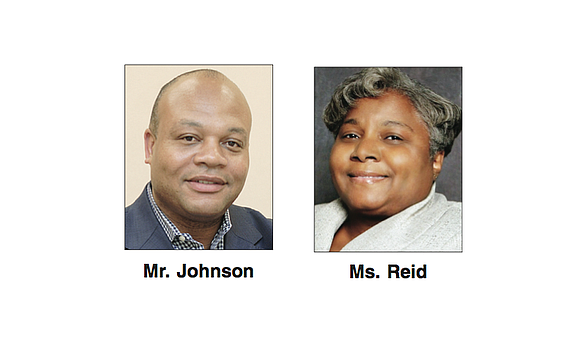 The elimination of the tax debt, which includes unpaid admissions taxes, penalties and interest that have built up over six years, came amid City Hall efforts to step up collections of delinquent taxes and a year after former City Auditor Umesh Dalal spotlighted the summer festival’s operator, Johnson Inc., as one of six companies and individuals from which the city had failed to collect admissions taxes.

According to the sources, Lenora G. Reid, the city’s chief financial officer, and John B. Wack, the city’s director of finance, made the decision in early October that the Richmond Jazz Festival was not subject to admissions taxes and did not owe the city admissions tax from the 2017 festival or for festivals dating back to 2012.

One of the whistleblowers who spoke with the Free Press described it as unfair that the city is going after companies that fail to pay $500 in admissions tax while creating an exemption for the large jazz festival, a tourist magnet that yearly draws thousands of people from across the country.

The decision to exempt the festival, the sources said, followed a series of meetings between top city officials, including Selena Cuffee-Glenn, chief administrative officer, and Kenneth S. Johnson, founder, president and chief executive officer of Johnson Inc., the Richmond-based marketing, advertising and public relations company that in 2010 launched the festival that it stages every August on the lawn at Maymont, a large park in the city’s West End run by a nonprofit foundation.

According to the sources, the decision was made as lower-level officials in the Finance Department had begun collection efforts against the company.

Documents provided to the Free Press show that Johnson Inc. was billed about $36,000 a year for the city admissions tax based on the company’s report that it collected about $518,000 from ticket sales. The city imposes a 7 percent admissions tax.

Mr. Johnson could not be reached, but a representative of Johnson Inc., told the Free Press that the firm would not comment based on the advice of the firm’s attorney.

The only comment from City Hall came from Mr. Wack, who sent an email Tuesday stating that “it appears you have inaccurate information.”

By state law, city officials are barred from disclosing information about individual or corporate taxpayers.

However, the Free Press sources have been in a position either to learn about Ms. Reid’s and Mr. Wack’s decisions regarding the festival or to learn that the balances on the Johnson Inc. account were updated to reflect a zero balance. The changes also affected the amounts the company was subject to in annual business taxes in order to obtain a business license.

The Free Press also was told that Mr. Wack had a letter sent to Johnson Inc. confirming that the company’s admissions tax debt was being eliminated because of ambiguity in city and state laws governing collection of the tax.