Longtime Richmond area promoter Fenroy A. “Hosea” Fox wants a refund of the 7 percent admissions tax he has paid to the city during the past four years from ticket proceeds from concerts and events he has staged. 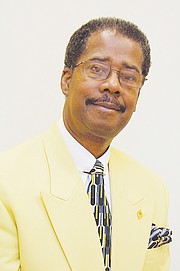 In a lawsuit filed Monday in Richmond Circuit Court, Mr. Fox alleges that the city is not “applying the admission tax in a uniform manner” in violation of state law. He wants the court to order the city to return $84,751.90 in admissions taxes he has paid since 2015.

His request, through his attorneys John H. Click Jr. and Stephen A. Mutnick, is based on a claim that the city “forgave approximately $240,000 in admissions taxes” that Richmond-based Johnson Inc. failed to pay for the Richmond Jazz Festival that the marketing company stages each August at Maymont.

According to the suit, the city determined that the Richmond Jazz Festival and Johnson Inc. did not need to pay admissions taxes on paid tickets to the event from 2012 to 2017.

The suit alleges that the city Finance Department violated its own guidelines in determining the jazz festival was exempt from the admissions tax because it is held at Maymont.

While the City Code exempts Maymont and other museums from having to pay the tax on the admission charged to enter, the city Finance Department guidelines state that the “admission charge for entry into a concert held at a museum is not exempt from collection,” according to the lawsuit.

The City Attorney’s Office has not yet been served with a copy of the suit.