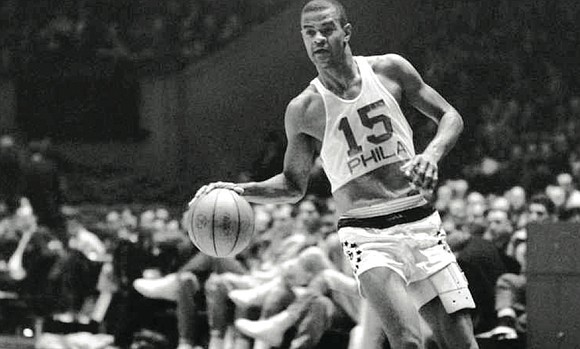 Hal Greer, the Philadelphia 76ers’ all-time scorer and a member of the Naismith Memorial Basketball Hall of Fame, has died.

A native of Huntington, W.Va., Mr. Greer became the first African-American to play for Marshall University, his hometown school.

Following an outstanding career at Marshall, the 6-foot-2 guard went on to play 15 NBA seasons with the Syracuse Nationals from 1958 to 1963, and the Philadelphia 76ers from 1964 to 1973. Syracuse moved its franchise to Philadelphia in 1964.

It worked for him. His career free throw percentage was 80.1.

The 76ers honored Mr. Greer at their April 16 playoff game and will wear black arm bands with Mr. Greer’s jersey number — No. 15 — throughout the playoffs.