New city shelter for the homeless? 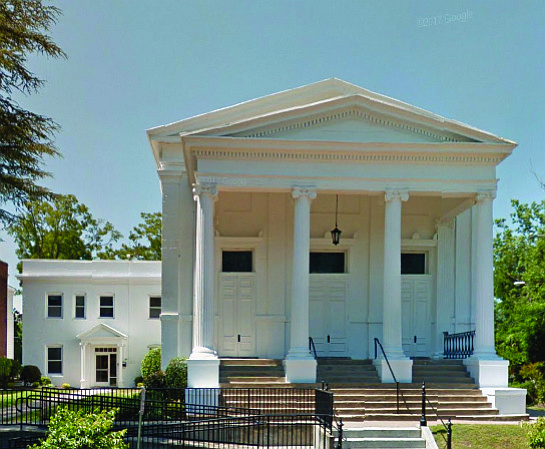 For the past four winters, men and women who lack shelter have streamed into the shabby and increasingly vacant Public Safety Building near City Hall to spend the night when temperatures fall below 40 degrees.

The Public Safety Building at 501 N. 9th St. in Downtown has served as a cold weather overflow shelter for the homeless for the last four years.

On Oct. 1 when the next heating season begins, the building will continue to serve as the city’s overflow shelter for an average of 82 people a night unless a plan to shift the operation to a historic church building in South Side gains traction.

Commonwealth Catholic Charities, which operates the overflow shelter for the City of Richmond, is proposing to buy the former Community Bainbridge Baptist Church building at 1101 Bainbridge St. as a new home for the shelter and an array of other services for the homeless.

There are hurdles ahead. Richmond City Council would need to approve a special use permit to allow CCC to transform the 20,000-square-foot building into its housing resources center, including the case management and social service programs now operating at 511 W. Grace St. and the organization’s Henrico County headquarters.

So far, 6th District Councilwoman Ellen F. Robertson, who represents the area, has yet to signal support for relocating the Downtown shelter into a part of Manchester that is being revitalized with new homes, apartments and cultural arts operations.

Jay Brown, CCC’s housing services director, confirmed that the nonprofit has a tentative agreement to purchase the renovated, 161-year-old building that originally served Bainbridge Street Baptist Church and in recent years has been home to Community Bainbridge Baptist and its youth education arm, Commonwealth Christian Academy. Both are led by Dr. Michael D. McClary, who also is founder and leader of the 31-year-old Good Samaritan Ministries that serves the homeless and recovering addicts.

The renamed Community Baptist Church cleared the way for a sale of the property with its move to the former home of Southampton Baptist Church on Comanche Drive in Stratford Hills.

“Everyone knows the space at the Public Safety Building is inadequate,” Mr. Brown said, but finding a building in good condition that can accommodate both a shelter that could serve up to 175 people during the day and night along with providing space for other services has been a tough task.

Shunda T. Giles, director of the Richmond Department of Social Services, said her agency and CCC have reviewed 36 properties during the past four years to try to find a replacement for the Public Safety Building, “which was always intended to be a temporary solution” to shelter the homeless.

Mr. Brown said, and Ms. Giles confirmed, that CCC is not under city pressure to move out of the Public Safety Building, which is among the properties the city is offering to give to a group seeking to develop a new Coliseum and generate other developments.

“We have been looking for an alternative location for the operations of the Cold Weather Overflow Shelter,” Ms. Giles stated in an email to the Free Press.