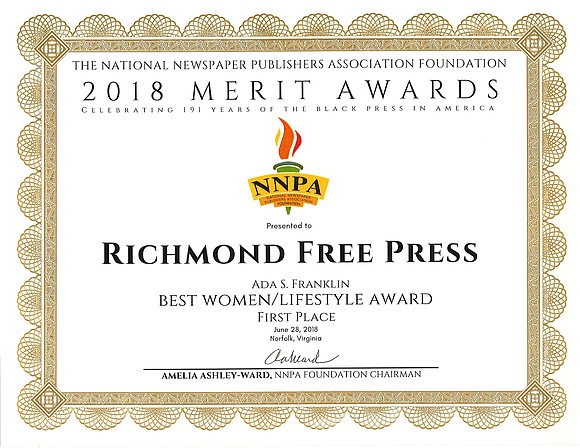 The Richmond Free Press has been recognized with a national award.

Judging for the category was based on layout, photos, extensiveness and variety of local coverage and comprehensiveness of stories and columns in two consecutive issues of the Free Press published in 2017. 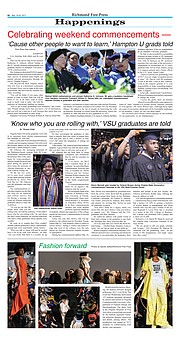 The winning sections, from May 2017, included the Free Press Personality, along with coverage of commencement speakers at area universities and community celebrations and events.

The theme for the convention: “Sustaining, Engaging and Mobilizing Black Communities.”

Publisher Brenda Andrews of the New Journal and Guide newspaper in Norfolk was the host publisher for the convention.

Karen Carter Richards of the Houston Forward Times received the 2018 Publisher of the Year Award.