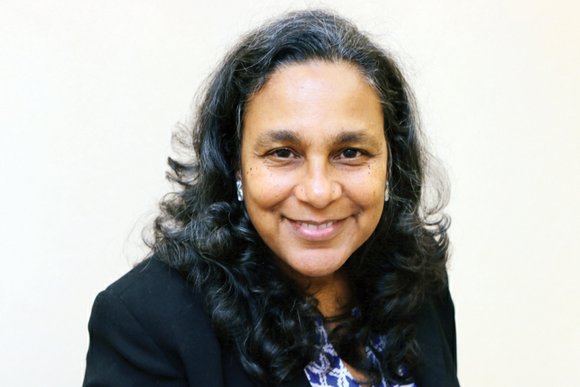 For the second consecutive year, the Richmond Free Press has been recognized with a national award for editorial writing.

The Robert S. Abbott Award, based on clarity of thought, community interest, style and relevance, was announced June 23 at the NNPA Foundation Merit Awards Dinner. The Free Press won the first place award for the editorial, “Day of Reckoning, published in the Jan. 8-10, 2015, edition, regarding embarrassments to the state of Virginia by the convictions of former Republican Gov. Bob McDonnell on federal corruption charges and former Democratic Delegate Joseph D. Morrissey on a state charge of contributing to the delinquency of a minor.

Since the editorials were published, the U.S. Supreme Court last week overturned Mr. McDonnell’s felony conviction on 11 counts of corruptions and returned the case to the 4th U.S. Circuit Court of Appeals. Legal scholars and the current governor, Democrat Terry McAuliffe, believe Mr. McDonnell will not be retried in the case. And Mr. Morrissey, 58, in early June married the young woman, now 20, with whom he allegedly had sexual relations when she was underage. They now have two children.

“The Free Press team joins me in proudly congratulating our managing editor, Bonnie Winston, for her compelling and award-winning editorial. We strive for excellence every week and this award from our peers affirms that the Free Press continues to be recognized in the tradition of our founder’s pursuit of excellence under Ms. Winston’s editorial leadership.”

Top honors at this year’s ceremony went to the St. Louis American, which received the John B. Russwurm and John A. Sengstacke Trophy for General Excellence. Its publisher, Dr. Donald Suggs, also received the 2016 Samuel E. Cornish Award for Publisher of the Year.