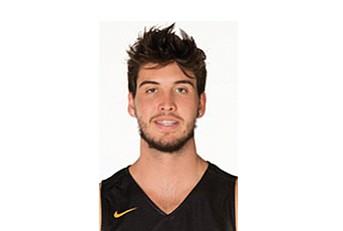 Virginia Commonwealth University and the state of Florida, while far apart geographically, have long been linked on the basketball map.

Sean Mobley, having emerged as a versatile freshman starter, is the latest Ram from the Sunshine State.

The 6-foot-8, 230-pound forward was 4-for-4 from behind the arc and scored 15 points, providing highlights to the Rams’ 81-69 loss Friday, Feb. 2, to the visiting University of Rhode Island.

A versatile performer who also passes, defends and rebounds effectively, Mobley is hitting 43 percent (20-47) from the distance and 90 percent (18-20) at the foul line.

When Coach Wade left VCU for his current job at Louisiana State University, Mobley kept his commitment to VCU when two other signees, Lavar Batts and Mayan Kiir, went elsewhere. 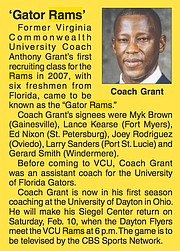 Floridians have played a substantial role during the decades in what is now VCU’s 50th year of basketball.

Here are a few players from Florida who made their mark wearing the Rams black and gold:

There have been numerous others, including a couple with famous names:

Michael Gilmore (Jacksonville): Nephew of NBA legend Artis Gilmore, he played for VCU from 2014 to 2016.

Traffic hasn’t stopped along the corridor from Florida to Downtown Richmond.

Like his coaching predecessors at VCU, Rams Coach Mike Rhoades also has Florida on his talent search list.

The Rams incoming freshmen next season include KeShawn Curry from Andrew Jackson High School in Jacksonville, Fla. Curry is now a post-graduate at Fork Union Military Academy in Virginia.