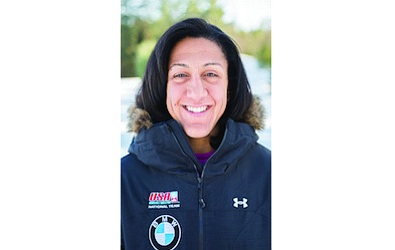 The Winter Olympics, sometimes called the “white Olympics,” is gaining in diversity.

Jordan Greenwood, who currently plays for Boston College, has made the U.S. Olympic team as a left wing. The 6-foot-5 athlete from Potsdam, N.Y., was selected by the Minnesota Wild in the 2015 NHL Entry Draft.

Other athletes of color to watch in PyeongChang:

Hakeem Abdul-Saboor: The former Powhatan High School and University of Virginia-Wise football running back made the team as a “pusher” for the bobsled contingent. 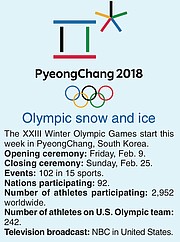 Shani Davis: The 35-year-old Chicago native will be competing in his third Olympics as a speed skater. Davis became the first black athlete to win an individual gold medal in the Winter Olympics with his 2006 victory in the 1,000 meters at the games in Turin, Italy.

Elena Meyers Taylor: Serves as the pilot for the U.S. women’s bobsled team. The Californian helped the United States clinch the silver medal at the 2014 Winter Olympics in Sochi, Russia, and the bronze medal in 2010 in Vancouver, Canada. Three of the four members of Taylor’s bobsled team are African-American.

Also at the upcoming Winter Games will be athletes of color from three Caribbean nations and from the sub-Saharan African nations of Nigeria and Ghana.

People of color have been slow in establishing themselves in the snow and ice.

In 2000, Vonetta Flowers of Birmingham, Ala., became the first African-American to win a Winter Olympic gold medal when she won the two-person bobsled at Salt Lake City.

Figure skater Debi Thomas, a native of New York City, won a bronze medal in 1988 at the Calgary Olympics.