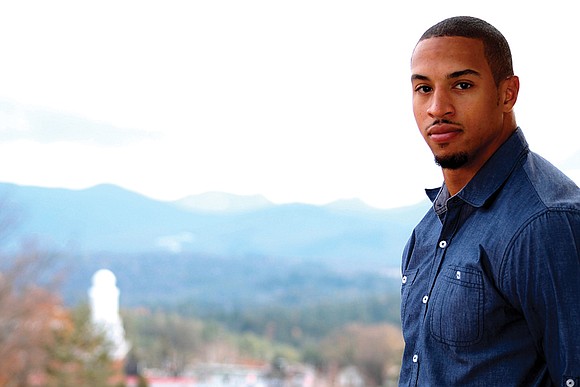 The explosive power that made Hakeem Abdul-Saboor a star football running back has earned him a berth on the U.S. Olympic bobsled team.

The Powhatan County native will compete in the two- and four-man bobsled events during next month’s Winter Olympics in PyeongChang, South Korea.

Mr. Abdul-Saboor will serve as his team’s “pusher,” meaning he provides the initial, muscular push-off at the top of the slope. Getting a sled moving takes great strength and take-off speed.

A two-man sled weighs a minimum of 860 pounds with crew and equipment; a four-man sled carries a minimum 1,389 pounds.

Mr. Abdul-Saboor, who was in the Powhatan Class of 2005, earned All-State football honors in high school and went on to star at the University of Virginia-Wise before being derailed by injury.

After becoming involved with bobsledding, he made the U.S. National Team in 2015.

There is a history of late-comers to the sport excelling as bobsled pushers, as opposed to pilots guiding the sled.

In 1980, Olympic high-hurdles track champion Willie Davenport earned a spot on the U.S. bobsled team, thus becoming the first African-American to ever compete in the Winter Games.

Football legend Herschel Walker was a pusher for the U.S. two-man team that placed seventh at the 1992 Winter Olympics in France.