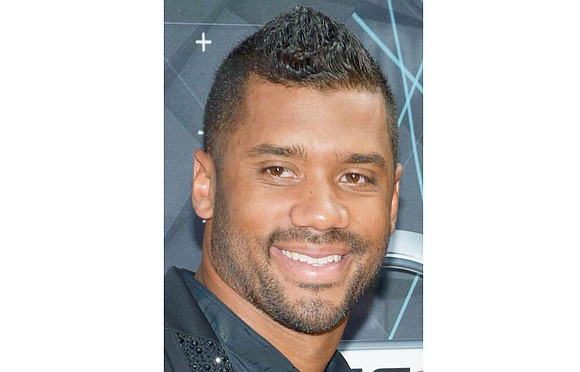 Deion Sanders, Bo Jackson and Brian Jordan juggled playing in the NFL and baseball at the same time.

If it works out, Wilson could celebrate his return to baseball against the Richmond Flying Squirrels.

Traded on Feb. 7 from the Texas Rangers to the New York Yankees organization, Wilson, a second baseman, is expected to attend spring training in Tampa, Fla., with the Yankees’ Class AA affiliate, the Trenton Thunder.

The Thunder is scheduled to play four games at The Diamond in Richmond starting May 10.

“While football is my passion and my livelihood, baseball remains a huge part of where I came from and who I am today,” Wilson told the Associated Press.

Wilson played baseball as well as football and basketball at Collegiate School in Western Henrico County and was drafted by the Baltimore Orioles out of high school.

Wilson transferred to the University of Wisconsin as a senior and was drafted, again in the fourth round, by the Colorado Rockies. He played two seasons in the Rockies’ low minors with Tri-City, Wash., and Asheville, N.C. In 315 at-bats, he hit .229 with five homers.

His baseball rights were traded from the Rockies to the Texas Rangers in 2013. He attended the Rangers’ spring training in Surprise, Ariz., for two seasons but never played in the Texas franchise.

Only a handful of athletes have ever played baseball and football during the same time on the highest level.

Sanders and Jordan, defensive backs in the NFL, and Jackson, a running back, were all outfielders on the baseball diamond.

It might be tougher for a quarterback, considering all the leadership and tactical requirements.

John Elway, the NFL Hall of Fame quarterback with the Denver Broncos, played one season of minor league baseball in the Yankees organization with Oneonta, N.Y., in 1982. Elway starred in football and baseball at Stanford University.

Baseball still will be in full swing when Seattle opens its NFL training camp July 30 in Renton, Wash.