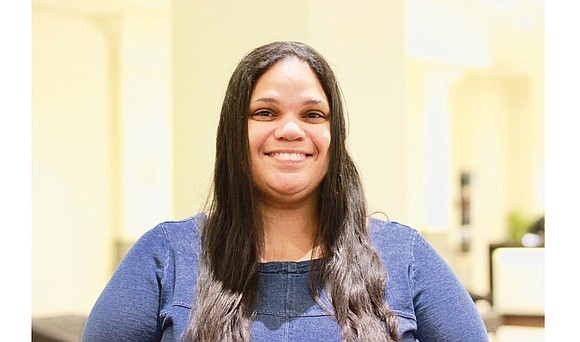 Amy “MiMi” Wentz believes Richmond should be on the map for its dynamic and diverse dining scene. “We (Richmonders) also must make sure that everyone knows that we have some amazing minority-owned businesses — an important part of that big picture — that deserve to be highlighted, supported and celebrated,” she continues.

From March 4 through 11, foodies can delight in a variety of cuisines served by 29 participating restaurants and vendors — from Jamaican, Caribbean and African fare to soul food and fine dining with a blend of Southern and European accents.

This is the second year for the event, which was known previously as Black Restaurant Week.

The idea started in Memphis, Tenn., Ms. Wentz explains, when its restaurant week creator, Cynthia Daniels, reached out to Shemicia Bowen, who she knew from the Urban League Young Professionals. “Shemicia called me and the die was cast,” Ms. Wentz recalls. “The idea began to come alive. Kelli Lemon, our other partner, was working on a similar concept. So we decided to combine our efforts and do it big,” Ms. Wentz says.

As a result of their efforts, 19 restaurants participated in 2017, drawing more than 12,000 people. With such success, more restaurants wanted to get involved this year, Ms. Wentz says. More venues and experiences have been added, including the newest trend — food trucks. There also will be entertainment experiences.

“We’ve added events every single night of the week,” she says. “People can dine in a restaurant or attend an event. That will be part of the mix.”

With 29 participating restaurants and food trucks, Richmond is the largest black restaurant week experience in the country, Ms. Wentz says. By comparison, Chicago had only 18 participants. Ms. Wentz calls herself a believer in “all things Richmond” and works to promote civic and community engagement.

“Active and engaged citizens are our pathway to improvement in this great city,” she says. The Huguenot High School graduate and Army veteran was recognized as one of Style Weekly’s “Top 40 Under 40” and was honored with a community service award from Richmond City Council for her dedicated volunteerism in the 8th District.

Volunteerism and service were hallmarks she learned from her parents, Allen and Linda Wentz. Her parents, a white couple, adopted four children, she says. She and two of her siblings are biracial, she says, while another sister is Korean.

“We all came from different families and were adopted at young ages,” she says. She is passing the Wentz family tradition of service to her two daughters. That includes helping to enhance life in the city.

“The first thing my daughter, Jasmine, 19, a sophomore at VCU, did when she entered college was to apply for ASPiRE, the college’s community and civic engagement group.”