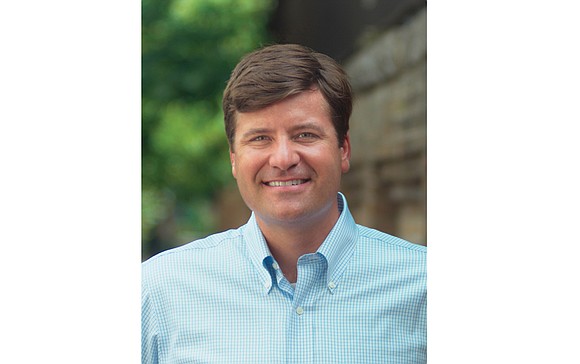 On three occasions since 2014, separate task forces, assembled with many of the best minds in our area, have recommended this revenue source to Richmond City Council as one of the only untapped sources of funds the city can receive today without seeking General Assembly approval. Such funds could be used immediately for the maintenance and renovation of our public school facilities that continue to worsen and become more costly with delay.

The first federal tobacco tax was enacted in 1864 to help raise revenue during the Civil War. During the Korean War in 1951, when 45 percent of the adult population in the United States smoked, the federal cigarette tax was increased to 8 cents per pack. It has been $1.01 since 2009.

All 50 states have a cigarette tax ranging from 17 cents to $4.35 per pack. The average state tax is $1.72. Yet, Virginia has the second lowest tax at 30 cents per pack. That rate was established more than a decade ago under former Gov. Mark Warner.

Today, 92 localities in Virginia impose a local cigarette tax. These rates range from 5 cents per pack to $1.15, with the median rate for cities being 42 cents.

This accounts for 1.2 percent of the total tax revenue collected in Virginia cities.

Currently, Richmond has no tax on cigarettes and thus gets no revenue from this source, unlike every major city in the state.

In fiscal year 2017, the City of Newport News raised $4.8 million from its cigarette tax of 85 cents per pack. The City of Norfolk earned $7.5 million with the same tax rate.

If the City of Richmond implements a tax of 80 cents per pack, it could generate $5.3 million each year.

Implementing a higher cigarette tax now is more critical given that the additional 1.5 percent meals tax approved by City Council in February is being dedicated solely to new construction of four schools and is not funding maintenance of the remaining 40 properties.

Richmond Mayor Levar M. Stoney’s proposed fiscal year 2019 budget now before City Council recommends only $1.5 million for maintenance of these other school buildings, 80 percent of which are more than 20 years old. That’s only 33 cents per square foot — not even 10 percent of the $3.40 industry average per square foot for school maintenance.

A dedicated cigarette tax will cut this deficit in half and raise an additional $1.17 per square foot of maintenance funding.

Such needs for our schools cannot go unanswered by City Council. Didn’t we just experience a similar crisis with residents in Richmond Redevelopment and Housing Authority public housing communities who went months without adequate heat?

It’s this historically low rate of school maintenance that has gotten Richmond into its current crisis with schools facilities.

According to the 2016 Bellwether Education Partners report, Richmond must “increase focus in preventative maintenance to reduce high-cost expenses,” and “proactive management of ongoing maintenance” will reduce operating costs. Simply put, an ounce of prevention is worth a pound of cure. We can’t keep deferring maintenance of our school buildings as we seek to modernize and replace them for the 21st century. We must do both.

Opponents of the cigarette tax reject it as a dwindling revenue stream. That’s undeniable. However, it is available now and for the foreseeable future.

The kids can’t wait another generation to have all of our schools properly maintained to provide clean and safe places to learn.

Richmond can’t keep digging a bigger hole to hide in. We must adopt a cigarette tax now.

The writer represents the 5th District on Richmond City Council.