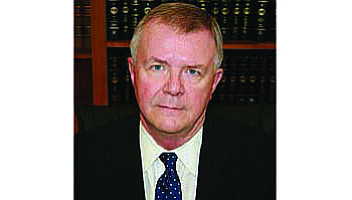 Richmond’s $33 annual vehicle registration fee for cars and $38 fee for trucks are the maximum allowed by law, according to City Attorney Allen L. Jackson.

City Finance Director John Wack sought an opinion from Mr. Jackson after the Free Press reported that the city may have been losing more than $1.1 million a year in revenue by giving vehicle owners an unexplained break on registration fees.

Mr. Jackson noted in his opinion that the provision in the state code that spells out annual registration fees, 46.2-694, initially lists the fee for cars and trucks as $33 and $38, respectively, identical to the city’s fees.

But he wrote that the state’s total registration fee is higher than the city’s because the state tacks on two other fees that are referred to as “additional fees.”

One is a $6.25 fee to support emergency medical services, Mr. Jackson stated, while the other is a $1.50 fee to support the motor vehicle safety inspection program.

“Although captioned under ‘Annual Vehicle Registration Fee,’ ” Mr. Jackson pointed to language in the law that “makes clear” that the two fees totaling $7.75 are extras.

In his view, because the fees are extras, they cannot be considered to be strictly part of the state vehicle registration fee, despite being collected at the same time.

Paul Goldman, leader of the Put Schools First campaign, believes the city attorney is incorrect. Mr. Goldman first spotted the discrepancy as he hunted for money in the city budget that could be used to pay for school construction.

“Laws and ordinances are an expression of policy,” Mr. Goldman wrote to the Free Press in response to the opinion. “As I read the city ordinance at issue, the policy is to charge a city fee equal to what is required when you register your vehicle with the state.

“This self-evidentially includes the two additional fees at issue since these are mandatory fees tacked onto your registration bill by the state Department of Motor Vehicles. This is the city ordinance’s intent,” he continued.

However, he added that Richmond City Council could easily settle the matter by passing “a new ordinance that provides more clarity on the amount of the city fee.”

Chesterfield County also disagrees with Mr. Jackson. The county charges a $40 fee to register a car or truck on top of the state’s annual registration fee.

Mr. Wack, who provided the city attorney’s opinion, stated that the city administration plans to seek the state attorney general’s opinion on the amount the city is entitled to charge.