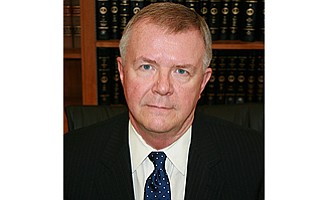 The controversial award of $226,000 in severance packages to four people who worked for former Richmond Mayor Dwight C. Jones was legal, according to City Attorney Allen L. Jackson.

In a statement released Jan. 12 through the office of Mayor Levar M. Stoney in response to a Free Press query, Mr. Jackson stoutly defended the severance pay awards and sought to dispel any suggestions that the payments violated the City Charter or were doled out without proper authorization.

Earlier, Mr. Jackson advised city officials that $1.9 million in Christmas bonuses for all city employees and that were authorized by Dr. Jones and approved by Selena Cuffee-Glenn, the city’s chief administrative officer, were improper because City Council approval was needed.

Mr. Jackson noted that the severance payments “were expressly authorized under Section 31 of the city’s pay plan (and) were consistent with the guidelines established by City Council in the severance pay ordinance approved Dec.13, 2004.”

As required by the 2004 ordinance, Ms. Cuffee-Glenn approved the severance packages for the four former employees who were let go when Mayor Jones left office Dec. 31, Mr. Jackson stated.

While Mr. Jackson’s statement did not address any role Mayor Jones may have played in requesting severance pay, he stated that Ms. Cuffee-Glenn is the only person authorized under the severance ordinance to award such payments.

He noted that the severance agreements were cleared for payment on Jan. 13 after his office approved them “as to form and legality.”

After a firestorm of public criticism of the payments, Mayor Stoney cautiously promised to “carefully review the existing council ordinance governing severance and any subsequent amendments made by the council to the existing policy.”

Several City Council members, most notably Councilwoman Kimberly B. Gray, 2nd District, have vowed reforms to prevent such payments in the future..

However, even as council members bashed the former mayor for the payments to his former staff, none disclosed that similar severance packages, dubbed “amicable departure agreements,” were awarded to former members of the governing body’s staff.

The Free Press has learned that the council provided similar generous severance packages to outgoing staff members of City Council members who did not seek re-election.

In his statement, Mr. Jackson disputed claims from Paul Goldman, a lawyer who authored the City Charter sections regarding the powers and duties of the mayor and CAO, that the Stoney administration could temporarily block the severance payments.

Mr. Goldman called for the payments to be held up for two weeks until the new mayor and City Council provided the public a more complete explanation and justification for the severance payments.

Neither Mayor Stoney nor the council followed Mr. Goldman’s advice, and Mr. Jackson said that was the correct course.

“What is inarguably clear is that blocking the severance payments would constitute a breach of the separation agreements authorized by the city’s pay plan,” Mr. Jackson stated.

And if the former officials sued, he stated that “the city would have no defense.”

In his view, the city ultimately would have to pay the severance and cover the attorney’s fees “incurred by the former officials in a legal action for breach” of their employment contracts.

City financial records show that during Mayor Jones’ tenure, the city spent at least $300,000 in legal fees to defend itself against claims that it did not pay appropriate severance to one or more employees.

Mr. Jackson stated that Mr. Goldman’s “legal conclusions appear to have been based either on assumptions or on media reports reflecting inaccurate or incomplete information — not the actual facts.”

He noted that Mr. Goldman’s assertion that the mayor’s authority to hire and fire is limited to the CAO is accurate, but “that is not particularly relevant in this situation.”

Mr. Jackson stated that Mr. Goldman’s blogs and email statements “reflect a lack of awareness of language in the pay ordinance that authorizes the CAO to secure agreements from employees being separated from city service, like these four employees.