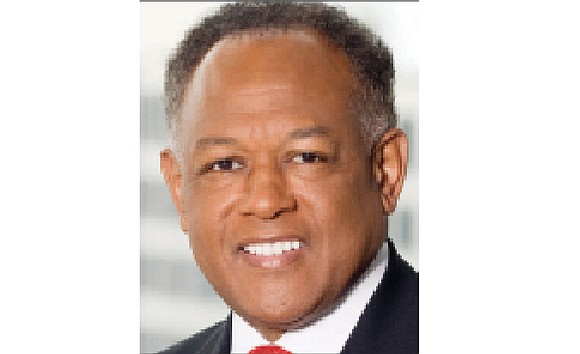 In November 2004, as Richmond City Hall prepared for the change to an elected mayor-council form of government and to abolish the city manager’s office, the outgoing City Council rushed to approve an ordinance that authorized the council or the mayor to give severance pay to appointees whose jobs were eliminated or who were terminated for non-criminal reasons.

To the frustration at the time of Mayor-elect L. Douglas Wilder, who tried and failed to halt the payment, City Council used the law to provide outgoing City Manager Calvin Jamison with a severance package that included a year’s pay of $174,421 and an enhanced pension. 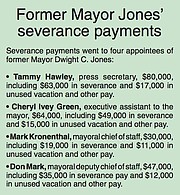 Despite Mayor Wilder’s vow to have the law repealed, it stayed on the books like an unexploded bomb.

Fast forward 12 years, and the law has blown up in the face of another new mayor, Levar M. Stoney.

He has discovered that the law ignored by successive City Councils enabled his predecessor, former Mayor Dwight C. Jones, to authorize a total of $166,000 in severance pay to four people who reported to him. The payments were authorized just days before Mayor Jones left office on Dec. 31.

The four also are to be awarded a collective total of $60,000 for unused vacation time and other pay, according to city records.

The $226,000 in total payments are to go out Friday, Jan. 13, with other paychecks, according to city officials.

Mayor Stoney has said the authorized payments will slash money left in the budget for the Mayor’s Office, impacting the hiring of new staff to replace the four who left.

The payments were another budget blow to the new mayor and City Council on top of the $1.9 million in Christmas bonuses that Mayor Jones authorized and Chief Administrative Officer Selena Cuffee-Glenn approved for all city employees.

City Attorney Allen L. Jackson has now advised that the city had no legal authority to pay the bonuses because City Council approval was needed.

As for the severance payments, neither Mayor Stoney nor City Council has sought to stall them despite new questions about whether those payments violate the City Charter.

Mayor Stoney has not responded to questions about whether his predecessor was authorized to grant the employee bonuses. There also has been no response from Ms. Cuffee-Glenn, whom Mayor Stoney has retained to manage his administration.

City Council President Chris A. Hilbert cited the 2004 ordinance in telling his council colleagues Monday that there is no way to stop the payments to the four appointees who lost their jobs when the new mayor took office.

However, Paul Goldman, a political strategist and former aide to Mayor Wilder, thinks the mayor and council are moving too quickly and should halt the severance payments.

In 2003, he wrote the charter language that defined the powers of the mayor and CAO that Richmond residents approved to change to a mayor-council form of government.