Richmond Flying Squirrels go to bat for the community 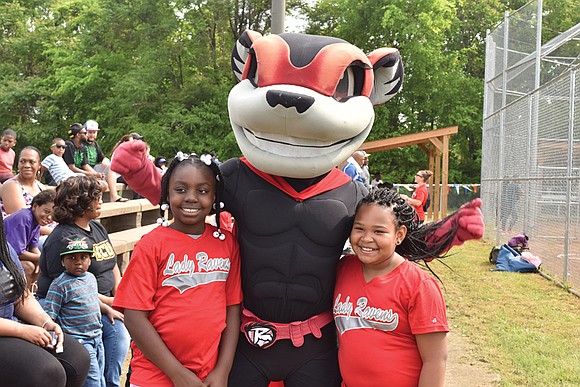 As the Richmond Flying Squirrels prepare for the spring season and the opening home game on April 13 at The Diamond, the baseball team continues stepping up to the plate in the Richmond community — on and off the field.

“Our philosophy, and what the team hinges on, is three things,” said Todd “Parney” Parnell, the Squirrels’ vice president and chief operating officer who has been with the team since its Richmond debut in 2009.

“First, it’s got to be fun, every single day. If we as a team aren’t having fun, how can fans and their families have a good time? 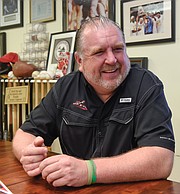 Todd “Parney” Parnell says his goal since coming to Richmond with the Flying Squirrels in 2009 is for the team to become part of the fabric of the community.

“The second thing is to be different in everything that we do,” he said.

He pointed to his pants, black, printed with red, blue and orange skulls reminiscent of the talking skull in the Disney-Pixar movie, “Coco.”

The pants are a locally known signature for Mr. Parnell, along with his big voice and outgoing personality.

“That’s part of why I wear these,” he said. “As a team, we want to present something this town has never seen before.

“The last part, which I feel is the most important,” he continued, “is to be impactful in our community.”

From the start, said Mr. Parnell, the Richmond Flying Squirrels have set out to be much more than a baseball team. The organization’s consistent goal of weaving into the fabric of the Richmond community has come to bear in many ways over the years and continues today.

In a program designed to boost achievement, the Squirrels give “A” students from participating Richmond area schools tickets to ballgames. They can receive a ticket for each “A” on their report cards.

“When a kid comes up to the ticket booth, he may not be as tall as the counter, but he pulls that report card out, gets his tickets and treats his sister, his mom, his dad to a game. The smiles are a mile wide,” said Mr. Parnell.

The Squirrels also lead a reading program, in which students can read a certain number of books to get game tickets, along with several other education-related initiatives open to area school systems.

The Squirrels help foster relationships and understanding between youths of diverse backgrounds through partnerships with community organizations such as the Metropolitan Junior Baseball League, the nonprofit founded in 1966 to provide urban youngsters an opportunity to play baseball and travel to compete against other teams.

The Squirrels and MJBL co-host a youth tournament each year, said William M.T. “Bill” Forrester Jr., MJBL’s executive director. It’s an exciting event that brings teams together from the city and surrounding suburbs.

“We were seeing that kids in the city did not have the opportunity to play against kids from the counties,” Mr. Forrester said. “In some ways, baseball has become such a ‘country club’ sport that if kids don’t come from the more affluent communities, and they are not afforded opportunities to have decent fields and good equipment, they shy away from the game.”